DiscoverThe BrainFood ShowHow Everyone Plays Monopoly Wrong Which Makes It Worse, Where the Game Pieces Came From, Who Really Invented It and Much More 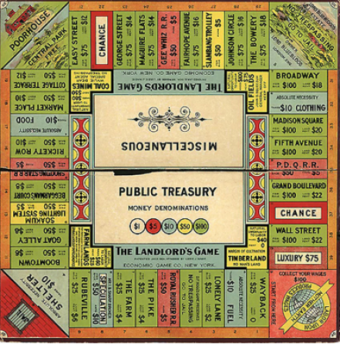 In this episode of The Brain Food Show, we start by looking at the interesting story behind where the Monopoly pieces came from.

Next we discuss our sponsor, RetailMeNot. Visit http://bit.ly/2BXvyAk to download the free RetailMeNot Genie browser extension today and start saving the easy way.

Moving on to the meat of today’s episode, we jump into the truth about who actually invented Monopoly, which is not the person who has long been given credit for it. That guy, it turns out, flat out stole it from someone else and then proceeded to get rich off it while the original creator mostly got nothing.

We then move into the many, many ways everyone plays Monopoly wrong which is largely why it takes so long to play and lends itself to why it has a reputation for being a game sure to make everyone angry who plays it. If people would just read the rule book, turns out it’s a lot more fun when played the way it’s supposed to be played.

Finally we discuss Simon and Daven’s favorite movies, as well as get around to answering the question of whether horses actually sleep standing up, or just seem like they do.

(You can also discuss this episode and view references on The BrainFood Show forum here.)

The post How Everyone Plays Monopoly Wrong Which Makes It Worse, Where the Game Pieces Came From, Who Really Invented It and Much More appeared first on Today I Found Out.

As someone who grew up going to Quaker school it's always entertaining to hear other people try to explain what Quakerism is! Thank you for not saying Quakers are like the Amish! I had no idea Quakers were so into Monopoly back in the day!

Why Do Some Countries Have People Drive on the Left and Others on the Right? (+Contest Winners)

Forgotten History Part 2: The First Film and the Murder That Nearly Killed It

How Porcupines Mate, the Bizarre Sex Habits of Giraffes (and Much, Much More)

Animal Facts Part 1: The Blowhole, Cow Tipping and Much, Much More