Want an 8-figure agency? Tired of the hassle and cost of managing employees? Want an entirely new, innovative business model? The answer for one agency owner was in the cloud.

Today I talked with Julian Stubbs, co-founder and CEO of Up There, Everywhere. Since our last conversation in 2015, the cloud-based marketing agency has continued to grow and is now approaching 8 figures in revenue.

What is the No-Employee Model?

The problem Julian had with the traditional agency business model is that you can never downsize or upsize as quickly as you need, so you are either missing opportunities or wasting resources. Combined with the high overhead of offices and employees, he knew there had to be a better way.

He and his business partner decided to take advantage of cloud-based tools to build a truly global agency. Instead of employees, they now have a network of members in 20 countries around the world. Members work on projects remotely for clients, and all their work is backed up online.

Often, when an agency chooses to go lean, they have a slate of freelancers they work with instead. As Julian says, though, freelancers don't scale and they aren't a long-term solution. Up There, Everywhere needs professionals who work consistently, which is why they opt for the member model.

To make sure it's a good match for both sides, potential members go through a series of interviews before joining the agency and learning how to work with their particular tools and clients. Because it's such a unique model, the agency isn't for everyone—and members need to be able to deliver.

Members don't pay to be a part of the agency, but they do donate their time to the community based on their skills, such as writing for the agency's blog. In addition to the pay they get from projects, members also have a reward system based on their earnings, their engagement, and other charitable endeavors the agency encourages. As with employees, keeping members engaged and motivated is crucial for the agency's success.

While they are free to pursue other work as well, Julian works hard to make sure the agency's projects are the most interesting—preferring members to choose their work rather than forcing it on them.

A Unique Way to Compensate Your Agency Team

One of the most applicable takeaways from Up There, Everywhere's model is its fixed-rate structure. Instead of billing hourly and paying its members per hour of work, it has fixed rates for its clients and its members. Julian points out that when people are working on their own time, they're much more productive—a lesson for any agency owner. Consider how you can structure your team's pay around deliverables rather than time spent.

Other stats from the cloud-based agency's continued success?

As in any agency, having a plan and direction is paramount. The various teams get together on a weekly call to talk about clients, members, and the agency. Think about your own agency and what you can do regularly to check-in across your team and make sure you stay aligned on the same goals, whether you're in the same office or fully remote.

Want to Help Your Team Be More Efficient and Scale Agency Faster?

If you want to help your team work smarter and scale your agency faster you need to check out the artificial intelligence software created by our friends at Morphio. It instantly alerts your team about digital marketing errors before they become problems, saving a huge amount of time. Their AI manages and analyzes data, so you can focus on growing your agency.

2 Ways an Acquisition Can Help Your Agency Grow Faster

How to Grow Your Agency by Fostering Connections

What Makes Your Agency Clients and Team Want to Stay?

Does Your Agency Need to Boost Client Retention? 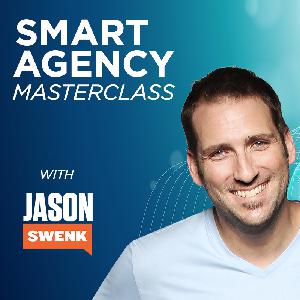 How Well Do You Know Your Digital Agency Clients?

How to Build a Thriving Woman-Owned Digital Agency

Can Your Agency Grow Effectively with a Team of Contractors?

Why Culture and Cash Flow are Crucial for Agency Growth

Does Size Matter When It Comes to Agency Growth Potential?

Why Client Service is a Big Factor in Growing Your Agency

The Key to Growing Your Agency in Spite of Mistakes

Does Your Digital Agency Have a Plan for Success?