Episode #92. What if the key to success was the same as the key to happiness? Neil Pasricha is here to share his fantastically creative insights on creating an extraordinary lifestyle. As an expert on intentional living, Neil’s behind the scenes look at his own life if incredibly fascinating and full of tips and tricks you can use yourself. Prepare for new ideas from this one-of-a-kind episode! 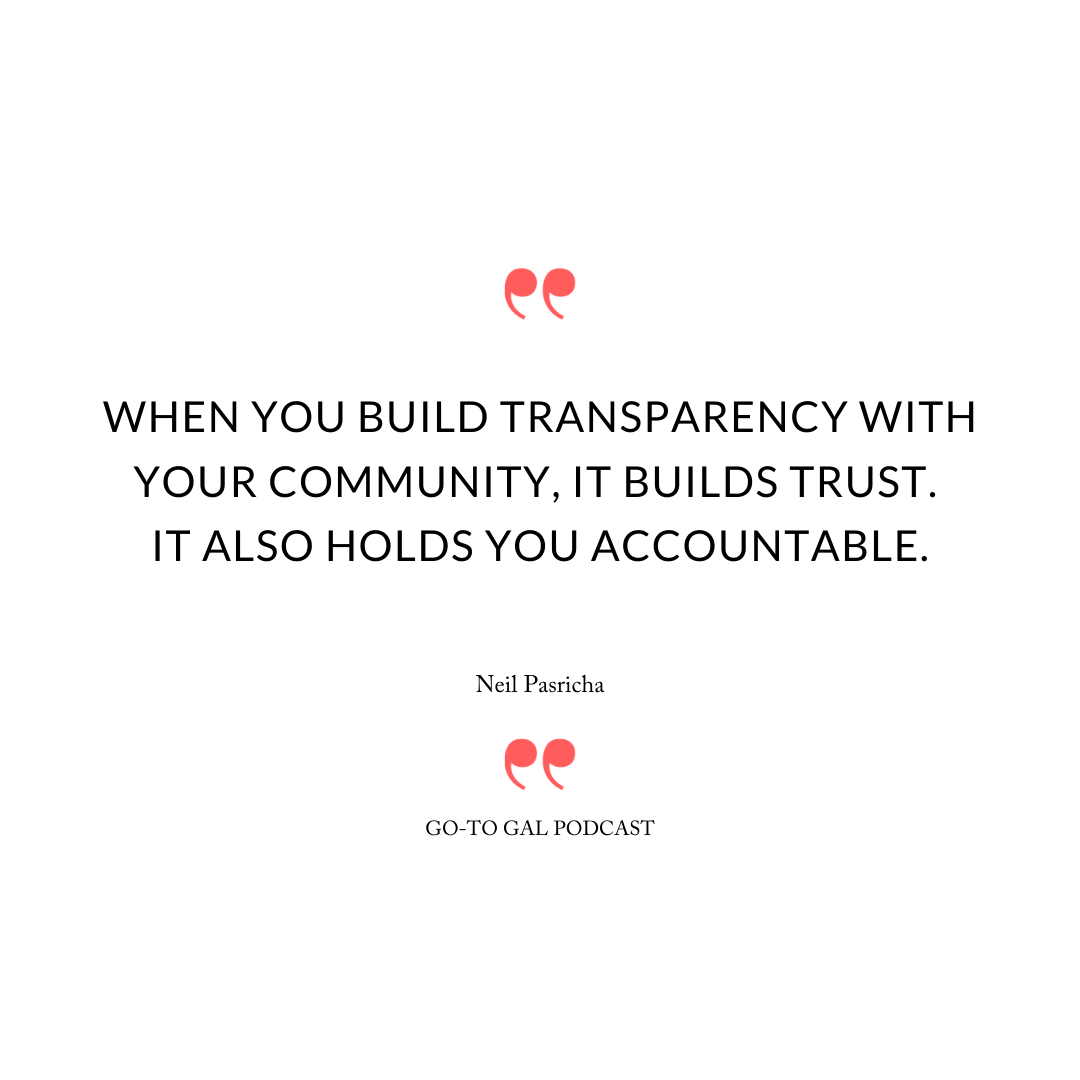 “Everyone thinks I had this one-hit-wonder blog. The reason that blog took off is because I had a ton of other blogs that didn’t.”

“When you build transparency with your community, it builds trust. It also holds you accountable.”

Discussed on the Show:

Neil’s article on his family contract

Neil is a writer and his current work focuses under the themes of gratitude, happiness, failure, resilience, and trust. He is the author of six New York Times and #1 international bestselling books including: The Book of Awesome, The Happiness Equation, Awesome Is Everywhere, and You Are Awesome.

Neil speaks passionately about living intentionally. He gives over 50 speeches a year at places like TED, SXSW, and Google, and his first TED talk “The 3 A’s of Awesome” is ranked one of the 10 Most Inspiring of all time. His second talk, “How do you maximize your tiny, short life?”, is an artistic side-project called the world’s first TED Listen, composed entirely of questions.

He is also host to the Apple “Best of 2018” podcast called 3 Books where he is on a 15-year-long mission to uncover and discuss the 1,000 most formative books in the world. Each of the 333 chapters unpacks the 3 most formative books of an inspiring individual like Judy Blume, Malcolm Gladwell, Chris Anderson of TED, the world’s greatest Uber driver, or David Sedaris.

As part of his mission, Neil works pro bono on issues related to youth mental health, youth literacy, and community wellness. A graduate of  Queen’s University and Harvard Business School, he lives in Toronto with his wife Leslie and their three sons.


The post How to Design Your Life to Uplevel in 2020 with Neil Pasricha appeared first on Jaclyn Mellone || Go-To Gal Podcast.

How to Handle Whatever Life Throws Your Way with Susie Moore

Corona-Proofing Your Brand with Jennifer Kem

Your Next Business Decision

How to Communicate During Stressful Times (in Life and Business) with Debra M. Roberts, LCSW

Kinda Freaking Out? Spilling My Mindset Tips for Staying Sane During This Coronavirus Quarantine

How to Pitch Yourself as a Podcast Guest with Angie Trueblood

How to Get Featured in the Media with Selena Soo

Eliminate Your Competition With This Simple Technique

Mindset Makeover: How to Stop These Common Self-Sabotaging Thoughts

How to Sell (Without Being Sleazy) with Erika Tebbens

3 Shifts and a Big Mistake – Business Lessons from Our First 100 Episodes!

3 Ways to Grow Your Audience Overnight

I Might Be Having an Identity Crisis, Can You Relate?

Feeling Crazy Busy? A New Way to Approach Your Schedule with Kate Crocco