When times are tough, and maybe especially then, it's still important to pay it forward. But how can we possibly even think about doing that when the world is a raging dumpster fire? Cleveland native and Random Acts of Kindness Everywhere (RAKE) founder Ricky Smith knows a little something about that. He's made doing kindness his personal business, and he got started when he was jobless and living in his car. That's when he used the last money he had in his wallet to buy pizza for strangers. The next day, he landed a writing job with the Cartoon Network. Ricky talks with Stephanie Haney now about how to get creative when doing good things seem impossible, the benefits of doing kindness for all of us, and why people shouldn't be quiet about it. Plus, 3News' Austin Love shares why he loves The Rowley Inn so much in Need to Know in NEO, and Stephanie explains why the Twitter account for Terminal Tower in Downtown Cleveland is such A Good Follow (and why she'll never call it 'Cleveland's version of the Empire State Building' again).

Need to Know in NEO: The Rowley Inn in Tremont
http://instagram.com/TheRowleyInn

How to move forward after disappointment with Psychologist Dr. Scott Bea

Part 2: Republican strategist Mehek Cooke on the impact of a Joe Biden presidency in Ohio

Part 1: Democratic US Senator Sherrod Brown on the impact of a Joe Biden presidency in Ohio

2020 Year In Review Part 1: Pop Culture and the Pandemic

Destination Cleveland on why it's important to shop small, and where to do it with Laura DeMarco

How and when to talk politics with Dr. Tania Israel, author of 'Beyond Your Bubble' 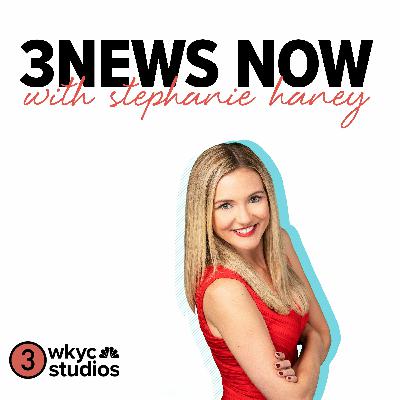 Why Georgia will have two vote recounts, US COVID deaths hit 240,000 projection

3 Things to Know with Stephanie Haney