DiscoverTrapitalInside the Business of Beatmaking 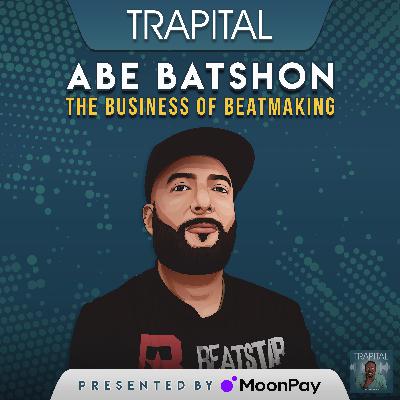 Before Abe Batshon started BeatStars in 2008, a handful of superproducers had a quasi-monopoly on selling beats, charging hundreds of thousands of dollars per song. Top producers still get paid today, but the concept has become more antiquated with platforms like BeatStars democratizing beat-making. Creators can sell instrumentals — either under an exclusive license or not — to artists around the globe for a fraction of the previous cost. With $200 million paid out to creators to date, BeatStars has reset the entire economics of beats.

Abe started BeatStars without any VC funding during the Great Recession. This was also pre-steaming, when the music industry was in its dark days. Bootstrapping the company, BeatStars would redefine the music landscape along with other DIY distribution platforms such as SoundCloud and YouTube. Abe’s goal from the get-go was to break the relationship-driven nature of creating music and open opportunities for creators around the globe.

Fourteen years later, it’s safe to say Abe has created more opportunities and then some. Famously, Lil Nas X bought the beat for viral sensation “Old Town Road” on BeatStars for $30. BeatStars’ producers have also been featured on songs released by Drake and Ariana Grande and ads for adidas, the NBA, and many more. BeatStars’ fingerprints are all over media, not just the independents but the majors too.

Here’s all the noteworthy moments during our conversation:

[28:20 ] More competitors in the marketplace

[00:00:00 ] Abe Batshon: for us, it's never been about the money. It's always been about these young people all over the world and old people, creators from everywhere. Like, can we liberate the idea of songs? Can we help push people to be more experimental with their words and their messages and their art and something that's so personal for them. I don't see any of these like venture-backed companies or big invested-type of companies actually having a genuine approach to how they treat or deal with their community. So I'm really not worried about it. I definitely keep them in mind in terms of continuing our fight to liberate music.

[00:00:57 ] Dan Runcie: Today's episode is a topic I've been wanting to dive into for a minute and this is about the business of buying and selling beats. It's a fascinating marketplace that has shifted considerably over the past few decades. So I wanted to bring on an expert himself to chat about it. Abe Batshon, who is the founder and CEO of BeatStars, which is a marketplace for buying and selling beats. He joined me on this topic, and we took a trip down memory lane. We went back to the 2000s, we talked about what it was like. You remember when Timbaland was bragging about getting half a mill for his beats and Neptunes had 40% of the songs on the radio? As great as it was for them, there really wasn't a lot for the other producers and other people that were trying to come up, so BeatStars came up in this post-YouTube era to make it possible for having this marketplace. And Abe talks about what it was like back then and just given some of the challenges that existed with the music industry, searching for its own business model at the dark days of piracy and trying to navigate that. But then also with the early days of the streaming era and how that has lifted his business. In the past two years, BeatStars has made more money than it made in the past 12 years before that, and it's on track to have another one of its biggest years yet now. So we talk about what that journey's been like, what led to that, and how this marketplace and how this business has evolved. When Abe was starting this, people laughed at him because they thought it was crazy what he was trying to do. Today, there are plenty of investors with bigger pockets that are trying to come in and eat his lunch. So we talked about what that looks like and why he still thinks that BeatStars is well positioned there. We also talk more broadly about the amount of VC money that's come into music tech, and how he looks at that, and what it looks like for other opportunities. If you're as fascinated about this topic as I am, you'll love this conversation. Abe kept it real and it was great to talk to him. Here's our chat.

[00:02:55 ] Dan Runcie: All right. Today we have Abe Batshon who is the CEO and founder of BeatStars. One of the premier places to buy and sell beats and wanted to have him on so we could have a conversation about this entire process, this landscape, and right before we recorded, Abe, you were just telling me about how you were listening to a different podcast. And you could hear when you hear that BeatStars beats on a podcast, Trapital podcast, of course, mine came from there. How do you know that the beat for sure came from BeatStars as opposed to somewhere else?

[00:03:27 ] Abe Batshon: Well, yeah, I'm a dude. I listen to so much music on the platform. Like, I process everything so much and I kind of, I don't know if it's photographic memory in terms of when you hear something, I just retain that information around that piece of music forever. Like, I know when I've heard something. Yeah, so, yes, I'll randomly, like, you know, turn on the TV or turn on the radio or turn on, you know, TikTok or turn on SoundCloud or turn on anywhere. And I'm like, holy shit. Or Spotify, you know? And I'm listening to, like, some of the trending viral songs or the top Billboard songs. I'm like, yeah, I know those beats. I know those beats. I've heard those before. Yeah.

[00:04:04 ] Dan Runcie: Do you feel like there's a distinct brand or sound that has BeatStars sound that you can pick up on almost in the same way that well-known and established producer has that sound like you could hear a track and be like, oh, that's a Neptunes track even if I'd never heard it before, do you feel like that's the case for a BeatStars beats?

[00:04:21 ] Abe Batshon: Good question. You know, maybe eight years ago, nine years ago, yeah, I could have, you know, been like, okay, that's definitely an influence from the marketplace, from the sound, from the platform, but today with the amount of variety and just so many different genres, and sub-genres and styles of music that's getting uploaded to BeatStars, it's impossible to just define it to one, sound anymore, but maybe 10 years ago, for sure. Yeah, not now, not now.

[00:04:49 ] Dan Runcie: Yeah. That makes sense from the timeframe perspective 'cause I could imagine, especially in the early days, there are artists you have that are likely championing the service. And if they're bringing on others that want to have that artist-type beat there, then there's going to be a lot of that similarity. But over time, especially with where you are now, over 200 million paid out to artists on this platform that just speaks to the reach that you have and everything that you've been able to do from it.

[00:05:16 ] Abe Batshon: Yeah, man. so fulfilling, so fulfilling to just like know that's the kind of impact the technology and platform is making for, you know, for creators' lives. I'm definitely not satisfied with that number at all. But it's a great, great motivational indicator for me to keep going for the team, to keep pushing. But, you know, our aspirations are a lot bigger than that for sure.

[00:05:37 ] Dan Runcie: Yeah. Let's actually go back a bit because I think that could be a way to have the arc of where this is going. Of course, you started this company in 2008, but in the 2000s, it was such a different landscape for producers, beat makers. And I look at that era as being quite top-heavy, right? If you were one of the super producers. If you were Timbaland, if you were Pharrell, if you were Kanye, then you almost had a, you know, quasi-monopoly in a particular area of just what you could charge, what you could do. But for everyone else that wasn't a superstar, it was a much more challenging landscape, I could assume. Can you speak to what it was like that time frame?

[00:06:18 ] Abe Batshon: Oh, so challenging then. So challenging, you know, I was working at INgrooves prior to me starting up BeatStars and, you know, I'd work with a bunch of ar