Interview with Leigh Steinberg on Deshaun Watson and Baker Mayfield plus Brad supplies some perspective for what promises to be a trying week to come for Browns fans.

Leigh Steinberg, premier sports agent, entrepreneur, best-selling author, and CEO of Leigh Steinberg Sports and Entertainment Holdings, is best known for his work building athletes into stand-alone brands. He is often credited as the real-life inspiration for the Oscar-winning film Jerry Maguire. Leigh has represented many of the most successful athletes and coaches in football, basketball, baseball, hockey, boxing, and golf, including the number one overall pick in the NFL draft for an unprecedented eight times in conjunction with 62 total first-round picks. With an unrivaled history of record-setting contracts, Leigh has secured over $4 billion for his 300+ pro-athlete clients and directed more than $750 million to various charities around the world.

Over the course of his career, Leigh has been featured on numerous national television programs, including 60 Minutes, Larry King Live, The Today Show, Lifestyles of the Rich and Famous, and many more. He has been profiled in a host of magazines, including Business Week, Sports Illustrated, ESPN the Magazine, People, Forbes, Playboy, GQ, and FHM. He currently resides in Newport Beach, CA.

Kareem's Hold-In and the Browns Mailbag with Jackson McCurry

Bonus Crossover: Who would be impacted the most by a lengthy Watson suspension with Jake Burns

Examining Mike Clay's Browns '22 projections, Who is the first AB draft pick to get cut and more featuring Jake Burns

Making sense of the madness, Who has to take a step forward in '22 and Newsome in the slot featuring Jared Mueller 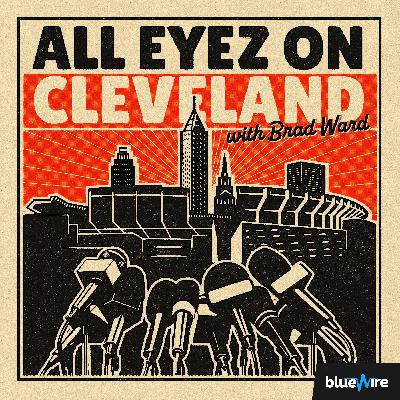