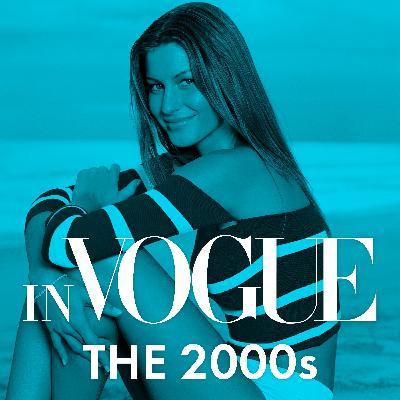 In season 2 of In Vogue: The 2000s, we explore how fashion fused with every aspect of pop culture to become a global entertainment engine ubiquitous in culture--impinging on the global consciousness like never before. From Nicholas Ghesquière awakening the sleeping fashion house of Balenciaga, to Vogue putting the couture into Juicy Couture, and discussing Carrie Bradshaw’s influence on trendy 2000s fashion with Sarah Jessica Parker, we cover the iconic looks that defined the decade. Hear how 9/11 led to the creation of the CFDA Vogue Fashion Fund and ushered in the next generation of designers. We examine the colliding worlds of Vogue and Hollywood, and learn how the Met Gala became the Superbowl of fashion. We go behind the scenes of the most iconic fashion shoot of all time, where Annie Leibovitz and Grace Coddington transformed the designers of the decade into the characters of Alice in Wonderland, and sit down with the Brazilian Bombshell herself, Gisele Bündchen, who revolutionized modeling and the fashion industry, while on a meteoric rise to international celebrity status.

Listen and subscribe wherever you get your podcasts: https://link.chtbl.com/iv-cn-trailer

Will dinner parties ever be the same?

Are air fryers just a bunch of hot air?

What does it mean to be a Hawaiian chef?

Who would open a restaurant during a global pandemic?

How do recipes hold us back? An interview with Dr. Jessica B. Harris

How do we make meal prep less depressing?

What makes us Food People (not Foodies, never Foodies)?

What's the Best Way to Grill a Chicken?

The Things We Eat For Others

The Snack Queens with Alex Beggs and Andrea Hernandez

The Summer Cooking Playbook with Chris Morocco and Amiel Stanek

The Case for Quitting Meat with Sarah Jampel and Chrissy Tracey

The Myth of Healthy Eating with Christina Chaey and Vanessa Rissetto

Episode 275: JJ Johnson, Louis Hunter, and the State of the States

Episode 274: Not All Bread Is Yeasted Bread

Episode 273: A Whole Lot of Cooking