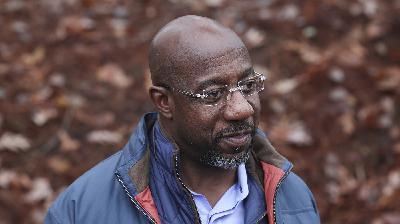 The senator has a moderate tone, progressive policies and deep roots in his community. His campaign focused on speaking to voters of all stripes while his opponent, Herschel Walker, doubled-down on base messaging. Can Democrats use that playbook elsewhere?