Scott welcomes former radio partner Jamie Markley to After 40 Minutes for a special extended episode. Producer Craig Collins plays the role of MC as we take an insider look at Scott’s heart attack and miraculous radio comeback. You can hear Scott as a part of The Markley and van Camp radio show as well as his own show on Cities 92.9 in Bloomington.

Highlights of today’s episode include:

Scott sharing one of his craziest dreams while recovering (Charlie Sheen is in it,) Jamie discussing what it was like to watch as Scott flatlined and was revived in the hospital, how important the fake radio shows they performed in the hospital were to Scott’s recovery and how faith has become a much stronger part of Scott’s life.
Comments
In Channel 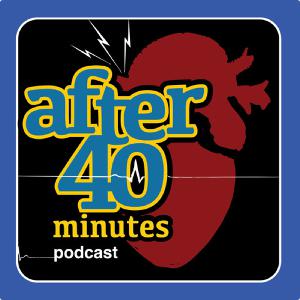