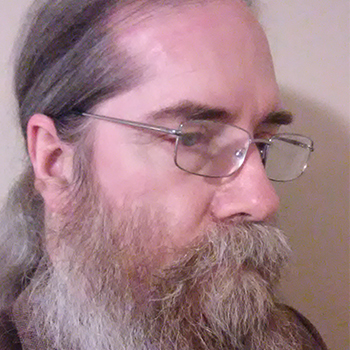 Few authors have provided as many lenses through we can see and interpret science, language and memory as John Michael Greer.

As an author, Greer is known for his work with the ideas of Giordano Bruno and, most recently, his translation of  On the Shadows of the Ideas.

Greer has also authored many books on the subjects of spirituality and the occult, economics and political change. He’s also published fiction and served as a druid and initiate in Freemasonry and the Hermetic Order of the Golden Dawn.

On this episode of the Magnetic Memory Method Podcast, we focus on Bruno’s memory systems and the nature of knowledge from what he calls “the rubbish heap of history.”

Is that what Bruno’s texts and the Picatrix amount to? Press play now to see if you agree as we discuss:

That’s probably a silly question. After all, aren’t the Memory Palace books you put into action the “best”?

Nonetheless, I was really excited when Greer’s new translation of De Umbris Idearum appears on the scene, which is why I held this special livestream:

I highly recommend everyone serious about memory techniques not only read this book, but endeavor to understand it by taking action based on its suggestions.

Spend at least 90 days in practice. Embrace the challenge, as suggested by John Graham.

Then, and only then, add another memory training book. You’ll be glad you did based on solid understanding, rather than flighty “shiny new memory book” behaviors.

Because if you don’t take action on the books you read, then Greer is right: they’ll be found on the trash heap of all the other books you’re not milking for the value they contain.

Further Resources on the web, this podcast, and the MMM Blog:

The Illustrated Picatrix: The Complete Occult Classic of Astrological Magic

Martin Faulks on the Memory Palace in the Masonic Tradition

How to Visualize Clearly And Effectively: 7 Proven Tactics

How to Use Guided Visualization to Diminish Stress and Anxiety

Scott Gosnell On Giordano Bruno And The Composition Of Images

Thomas Krafft On How To Craft And Deliver World Class Presentations

Mnemonic Devices: Everything You Need to Know (And How to Use Them)

How to Concentrate on Studies: 11 Research-Backed Tips

The Ultimate Guide to the Link and Story Methods

How to Improve Concentration: 15 Proven Tactics

How To Improve Focus: 7 Ultra-Fast Tips

What Causes Memory Disorders And How To Overcome Them?

How to Memorize the Periodic Table: A Proven Process

5 Proven Mnemonic Strategies You Can Use to Remember Anything

How to Memorize a Monologue: Your Quick and Easy Guide

Joseph Rodrigues On Mind Mapping For Accelerated Learning And Flow