Lil Yachty stops through the 85 South Show studio to discuss fame, women and big BIG money with this generations greatest comedic philosophers - Karlous Miller, DC Young Fly, and Clayton English. DC, Karlous and Lil Yachty (also known as Lil Boat) - were all in the reboot film How High 2 and share some inside jokes about the making of the record-breaking film. The 24-year-old Atlanta rapper is one of the greatest at handling criticism and shares insight on how to overcome the negative options and perspective of others. At the same time, Lil Yachty pulled up to ask some of his own burning questions and the crew do their best to give the most truthful answers! “Is this world a simulation?” and “how do you know if a woman truly likes you for you?” are just a few of the questions that get the conversation percolating. It gets deep quickly!

Lil Yachty has seen a lot after rising to fame at an early age and he shares what he’s learned about building his name in the streets. He breaks down how he executed his plan to gain relevance in the culture before starting to make music hits like “Minnesota” “ COFFIN ” and “ HIT BOUT IT .” After all those hit records, he balled out - spending over 250k on Christmas gifts for his mother. He goes to say that he’s spent over 20 million on balling out and flexing! A feat that The 85 South Show applauds! He bought 8 cars - which got Karlous’ attention - and a penthouse in midtown Atlanta!

Yachty has a unisex nail polish coming out and Karlous had to ask him about it. You’ve got to hear Lil Boat’s reasoning for getting into this all-new business. Plus, he shares his interest in starting an all-new frozen pizza company…though he’s still looking for a name for the brand! Clayton English, Karlous and DC have a million boat-based word play jokes throughout the show! Yachty hasn’t stopped the music hustle and recently released a new mixtape that he titled “Michigan Boy Boat” which features the song “Stunt Double” with Rio Da Yung OG. The tape features a slew of Michigan rappers including Sada Baby, Babyface Ray, Veeze, Icewear Vezzo, and Tee Grizzley

With J.O.N laying a reverential beat, Karlous and DC start a sermon-esque song explaining how that pwussy works - crafting a new hit song “Giving it Up!” The crew break into a highly-informational but super hilarious song about how men and women are going knock the boots! You don’t want to miss this hilarious episode with the funniest podcasters in the game!

Get our custom merchandise: https://85apparelco.com/

🔥🔥 Tokyo X Vanity in the trap! with Karlous Miller

Chico's Back and Pretty Vee in the trap! w/ Karlous Miller and Clayton English!!! 😂😂😂

😂😂😂 Luenell in the trap! with Karlous Miller and Clayton English

Gail Bean In The Trap! with Karlous Miller

Jhonni Blaze in the trap! with Karlous Miller!

🤣🤣🤣T-Pain in the trap! with Karlous Miller and Navv Greene

OG PERCY in the Trap!

The Donkmaster and Country C in the Trap! With Karlous Miller

RYAN DAVIS IN THE TRAP! WITH karlous Miller and clayton english 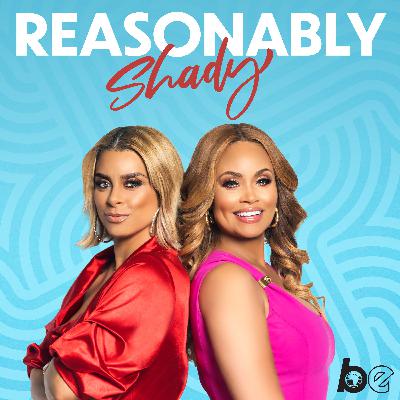 Hot Boy Turk in the trap! with Karlous Miller and Clayton English

The Black Effect and iHeartRadio