Get ready to laugh, cry, and bust a gut as comedian, Greg Hahn, visits the show. A favorite on the Bob And Tom Radio Show, Greg has also appeared on Late Night with Conan O'Brien, Comedy Central, CBS, ABC, FOX, MTV, and CMT. A former Captain in the US Marines Corps, Greg helps others, by distracting them from their problems. From golfing, to job interviews, to the dating scene, Greg will have you rollin' on the floor, laughing out loud. Don't miss this hilarious episode with one of my all-time favorite comedians, Greg Hahn.

Be Your Own Boss with Greg Writer

Head To Heart with Johnny Covey

Now You're Speaking My Language with Timothy Doner

Words Of Wisdom with Alan Osmond

Quieting The Mind Through Connection with Bob Kittell

Walking On Fire with Gordon Cooper

How Gaming Will Save The World with Erik Lehmann

Change Your World with Justin Prince

Open Your Destiny with RG Williams 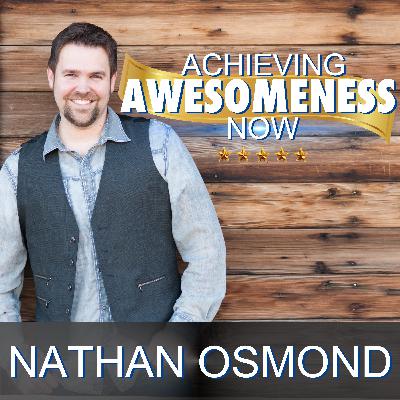 Life's Worth Living with Nathan Osmond

Making A Name For Yourself by Frank Stallone

Your Cre8tivity with Dylan Mazziotti and Stephen Hatch

Bringing The World Together Virtually