Mistakes will be made.

Have you ever walked away from something, because you thought it was a total waste of time?

Maybe you walked away, because you came to the false conclusion that it was only a self-serving mission. Oftentimes, it’s because you were afraid to succeed with doing something you enjoy. I’ve been guilty of thinking, “This is too good to be true.”. For instance, you might struggle with the idea of making money playing video games. A few years ago, I started streaming video games in an attempt to make money with a hobby while I was recovering from injury. It was cool at first, but it soon turned into a job. To make matters worse, I didn’t feel like I was providing any actual value to the world. Sure, I had followers and fans. I even had a really good friend that would donate to the cause, but I was short of the mark on delivering something exceptional...or so I thought. Really, I was too close to it to see the value that I could actually provide to you. I wanted to make an impact on people’s lives by giving inspirational coaching and outstanding edutainment while taking you behind the scenes of what’s REALLY going on... I wanted to help you become the next version of yourself through optimized health and never settling for anything less than you are capable of… I wanted to also produce content in a way that doesn’t waste my time or YOUR time. If you've been paying really close attention, you'll know that I've started my stream backup. I haven’t told many people yet, so if you’ve caught this, you are a true super fan. The technical test of the stream is a playthrough of the entire Splinter Cell series. Sam Fisher has recently been added as an operator in Rainbow Six Siege, so I figured it was time to revisit the roots. I wanted to reconnect with the character that I bonded with as a young teenager that showed me how to take care of business in a covert way while working with a team that wasn’t physically on the ground with you. Do you feel the need to be in control of everything? I wanted to make sure that I was doing all the important tasks, and I was actually getting it done for a little while. In the process of doing that I made the biggest mistake possible...I started doing everything. I felt like I had to be doing all of the important things instead of just making sure it was done. I think that happens to many of us. We want to be in control of absolutely everything, and if you watch me play Splinter Cell, you'll see why that's a very bad idea. You get so caught up in “The Plan” that you forget what the outcome is. I finally realized that the UnicornWerewolf magic doesn’t happen if the content doesn’t get created. If you don’t hit the live button…. If you don’t press record…. If you don’t find some way to hang out online in a way that you enjoy…. YOU’LL NEVER HELP THE PEOPLE YOU COULD HELP! I was paralyzed thinking about all the things I had to do once the stream was done, but I decided to go for it anyway. The first stream back was brutal. I was SOOO rusty! You see, I stepped away from doing live videos and have been exclusively behind the scenes for the past couple of months. I’ve been helping my wife write her content and publish her book, Surviving Endometriosis. Writing and editing a book will teach you a lot about your communication skills. I made a lot of mistakes in that too, and I was embarrassed about it for a while. I was dealing with the feelings of not being a “good enough” writer after seeing the first wave of printed books come in. It was filled with so many typos and grammatical errors that my high school English teachers would shun me for sure. I let it affect me. It spilled over into other areas as well. Check out today's episode to find out what happened! By the way, If you're an athlete, trainer, or sports entertainer and gaming has always been a large part of your life, why not capitalize on it?

Send in a voice message: https://anchor.fm/marty-white/message
Comments
In Channel 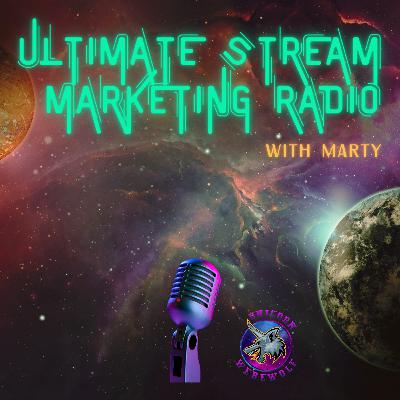 Nothing Can Stop You If You Do This....

The Last Thing You Want To Do While You Game

A Best Seller and a Birthday!

The Ultimate Secret To Boosting Performance Across Your Life

One Life. One Shot. Give It All You Got!

I've got your back

This is a bit awkward... 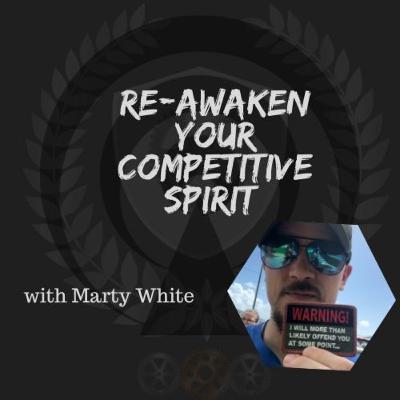 The New Rules of Life After Sports