When the Utah Supreme Court started studying the access to justice gap, justices and bar leaders were alarmed to learn that 93% of those using adult courts in the state’s largest jurisdiction were showing up without legal assistance. Let that sink in: 93% were coming to court without a lawyer. It’s a figure host Ralph Baxter’s guests say is common across North America.

There’s something wrong when the current legal model serves just ten to fifteen percent of the population, Hadfield tells Baxter. She says Utah’s approach is on solid ground because the bench and bar are cooperating to collect data that will inform its shifting legal regulatory framework.

The four discuss how the model rules of professional conduct, developed for an older and dated model of law practice, are less about ethics and more about controlling business operations. Utah’s sandbox removes many of those barriers while keeping consumers protected.

Hadfield and Lund also note that despite pushback on rule changes -- such as relaxing rules on non-lawyer ownership and creating licensing routes for paraprofessionals -- the remaking of the rules is bound to increase opportunities for lawyers. Finding ways to better serve that 80% to 90% who need but don’t have lawyers will open up the market, they tell Baxter.

Gillian Hadfield is the inaugural Schwartz Reisman Chair in Technology and Society at the University of Toronto Faculty of Law.

Deno Himonas is a justice of the Utah Supreme Court.

John Lund is a Salt Lake City lawyer and immediate past president of the Utah Bar.

Special thanks to our sponsors, Logikcull and Acumass. 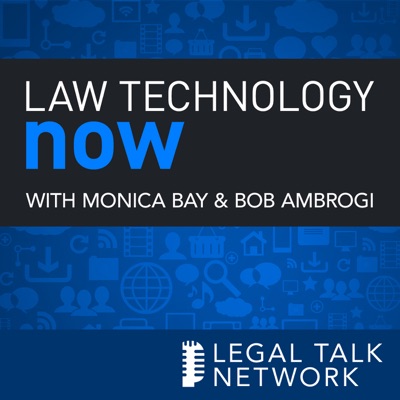 The Spanish Flu to Covid-19: How this Pandemic is Pushing Courts to Modernize

Complex and Significant Matters in the Legal Profession

COVID-19’s Impact on the Legal Ecosystem

Smart Collaboration in the Time of COVID

Leading and Managing Through the Coronavirus Crisis

Design & the Law with Margaret Hagan

Understanding the CCPA with James Snyder and Timothy Blood

Mary O’Carroll: The Legal Operations Role and Its Growing Importance

The Partnership of Fastcase and Ross Intelligence