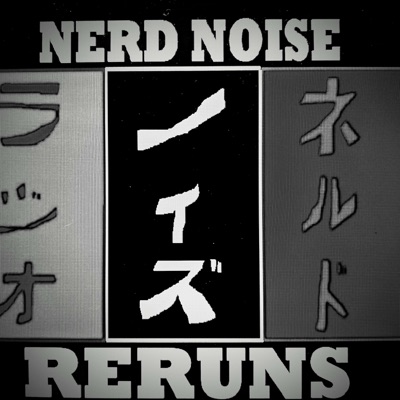 Merry Christmas, everybody! On the occasion, and the occasion of the 30th anniversary of the events contained therein, I thought we should re-broadcast a VERY special Christmas memory that actually predates the launch of the show!

This was Channel F before Channel F existed. Hell, technically, even before Channel 1 existed! Episode 1 of Nerd Noise Radio - Channel 1 released 01/05/2017. Meanwhile, this was released 12/19/2016, and while behind the scenes, AT LEAST the first four episodes, and maybe as many as the first six were already completed before I sat down to record this, this was THE VERY FIRST Nerd Noise Radio production to be released to the public.

Now, the production quality is TERRIBLE! ABSOLUTELY TERRIBLE! But the content therein, particularly the story, but also all the little background goodies are WONDERFUL! Hopefully more than wonderful enough to make up for the production awfulness! :-)

Christmas 1989 was an incredibly special, and meaningful day for us, and the story is very touching, because it contains such highs, such lows, and a profound appreciation for the contrast between such wonders and such horrors all occurring inside one building all within 24hrs and three floors of each other.

The story, called "The Fire and the Glory - and the unfortunate truth of what happened to the Transformers" - which is as close to an accurate telling of personal history as the memories of a child will allow - began life as a forum post on the now defunct "The Retro League Forums", before being finessed into a college English class essay at the University of Iowa in 2012. It was then republished a year or so later, with little to no changes in a lay-produced online video game magazine called "Retrogaming Times Monthly"....issue 105 if I'm not mistaken, before finally being recorded in this December 2016 proto-podcast broadcast which I'm sharing anew with you again today.

It's very meaningful, and very special, and I hope you will enjoy it! Also, while the circumstances of the day may or may not allow it, it is my intent, on occasion of the 30th anniversary of these events to live broadcast myself today, reading the story again. It should appear on Facebook Live, and YouTube, and the audio from it, should I succeed in the occurrence, will also appear on the main Nerd Noise Radio iTunes / Podbean feed, as well as on Archive.org and blogspot.com. Make sure to keep an eye out for that.

Lastly, I do not have the full credits for background music, but in addition to hearing "Not Today (the Building is on Fire)" by the Gregory Brothers - feat. Michelle Dobyne, and, of course, "We Didn't Start the Fire" by Billy Joel, you also hear an assortment of absolutely wonderful NES-caliber Christmas carols by DJ Octoroc, from his collection titled "8-bit Jesus", which are not merely NES-style Christmas carols, but are actually each in the style of a PARTICULAR PIECE of NES music. Like, "Kraid Rest Ye Merry Mother Brain" is the melody of "God Rest Ye Merry Gentlemen", but with all the touchpoints of "Kraid's Lair" from Metroid. It's an unrivaled example of musical fusion, which amazes to this day! So be sure to be paying attention to what's happening in the background as well as to the story laid over it.

Sorry, one very last thing: since we never featured a rerun in November, and have the bandwidth for it, I'll plan on releasing a second rerun tomorrow, and plan a special, festive tack-on to the front of it, recorded fresh for you! So, be on the lookout for that!

In the meanwhile, Merry Christmas, and/or whatever other holidays you celebrate, and Happy New Year from Nerd Noise Radio!