This content was inadvertently released as part of Childhood Experiences episode.  It is being re-release as a stand alone episode.

Dr. Dawn-Elise Snipes
AllCEUs Counselor Education
Objectives
- Explore the comorbidities with PTSD
Recognizing Trauma
- Lifetime prevalence of trauma is 60.7% of men and 51.2% of women
- The most common forms of trauma resulting in PTSD included unexpected death of someone close, sexual assault, serious illness or injury to self or someone close, serious car accident, having a child with serious illness, terrorist attack, natural disaster
Recognizing Trauma
- In complex PTSD, structural abnormalities in the brain seemed to be more extensive than in PTSD and brain activity in complex PTSD seemed to be strikingly different from the brain activity seen in PTSD patients who had experienced only single trauma
- PTSD in 2021
- Pandemic related PTSD
- Intergenerational PTS
- Cultural- PTS
Mood Disorders
- Higher rates of mood disorder comorbidity in individuals with prolonged PTSD
- Two types of responses to traumatic reminders or other stressors: D-PTSD “over-modulate” their emotions, as opposed to patients who primarily suffer from re-experiencing symptoms, including hyperarousal, intense feelings of shame, and difficulties in emotion downregulation
- BPD symptoms often overlap with under-modulators explaining one reason why not everyone with PTSD develops BPD, but there is a high proportion of people with BPD that have PTSD or a history of childhood trauma
Personality Disorders
- PTSD is positively related to
- Negative emotionality
- Neuroticism (dysregulation/ hypervigilance / the degree to which a person experiences the world as distressing, threatening, and unsafe)
- Harm avoidance
- Self-transcendence
- Hostility/anger
- Anxiety
- PTSD symptoms are negatively associated with
- Extraversion
- Conscientiousness
- Self-directedness
- High positive emotionality
- Hardiness
- Optimism

Sleep dysfunction
- 70–91% of individuals with PTSD reporting sleep disturbances
- The most common sleep disturbances in PTSD: insomnia, nightmares, and OSA
- Sleep disorders contribute to major depression, substance abuse, impaired daytime functioning, negative long-term health consequences, and suicide risk
- Insomnia may precede the trauma and predict the development of PTSD
- SSRIs & SNRIs are recommended as first-line treatments for PTSD but the effects of SSRI/SNRIs on sleep are typically modest or even adverse since they disrupt REM sleep
Sleep
- Benzos are not advised because of their risk of tolerance, abuse and worsening of OSA
- Trazodone has been shown to promote sleep and reduce nightmares in PTSD and depressed patients and may be particularly helpful for patients with concurrent alcohol use disorders and OSA
- CPAP therapy has produced small but consistent decreases in PTSD severity at 12 weeks
Health
- Autoimmune disorders
- Heart failure
- PTSD is about 10–20% following acute coronary syndromes and
- PTSD symptoms increased the risk of adverse cardiovascular events as a result of dysregulation of the autonomic nervous system (ANS), hypothalamic-pituitary-adrenal axis (HPA), oxidative stress, and inflammation
Addiction
- Addiction
- Addiction can be used to self-medicate trauma or traumatic symptoms
- Trauma affects the dopaminergic pathway in ways that largely mimic the effects of addictive drugs causing increased dopamine release in the nucleus accumbens
- Stress enhances the effects of drug-related cues on the dopaminergic system, leading to increased cue-induced craving and reinstatement of drug self-administration
- Repeated or prolonged exposure to stress can also recapitulate some of the core pathophysiology of SUD including sensitization of the dopaminergic response

Addiction
- Alcohol
- Psychiatric disorders that are comorbid with AUD, such as PTSD, MDD, and other substance use disorders, may also have underlying neuroimmune mechanisms
- Benzodiazepines
- Opioids
- Opioid pretreatment robustly augments associative fear learning in the amygdala although these changes were not observed when opioids were given after the traumatic event

References
- All references used in creating this presentation are linked throughout the powerpoint which is available in the related class at AllCEUs.com.
- Check the video notes for a link to the class.
Comments
In Channel 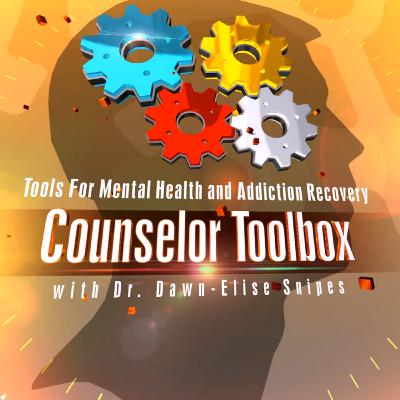 Reducing Recidivism with the PACER Method

Recovering After a Breakup Processing Grief Guilt Anxiety and Depression

DMN and the Amygdala in Neuropsychiatric Issues

Fs of the Stress Response