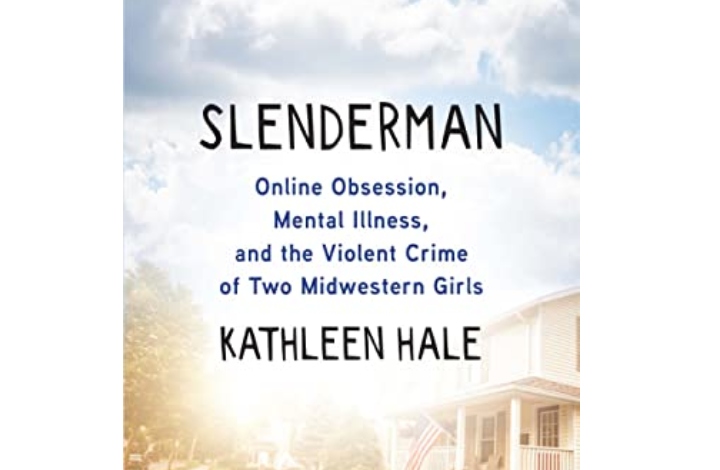 You’ve probably heard the story: in 2014, two twelve-year-old girls in Waukesha, Wisconsin attempted to stab their classmate to death because they feared a shadowy online figure called “Slenderman.”

The case instantly became a classic of the true crime genre, but often missing from the coverage was any discussion of the girls’ mental health or the legal system that tried them as adults.

In her new book, Kathleen Hale revisits the case with an eye to illuminating what it has to say about “mental illness, the American judicial system, the trials of adolescence, and the power of the internet.” She joins host Carousel Bayrd and pledge drive co-pilot Tim Perko today on the show.

Kathleen Hale is the author of two young adult novels and one essay collection. She has written for media outlets including the Guardian and is a writer and producer for Outer Banks on Netflix. Her latest book is Slenderman: Online Obsession, Mental Illness, and the Violent Crime of Two Midwestern Girls (Grove Atlantic, 2022). She was born in Wisconsin and lives in Los Angeles.

The post Revisiting the Slenderman Stabbing appeared first on WORT-FM 89.9.

The Future of the Lake Monona Waterfront

The History of Orchids with Erica Hannickel

An update on Israel-Palestine with USCPR’s Iman Abid and 972R...

The Jane Cooperative with Laura Kaplan