In an interview conducted the week of March 11th for Theme Park Thursday with @DillosDiz, A. Ali Flores discusses his 20+ year career as one of the most recognized Central Florida entertainers. Ali's passion for standup comedy began when he started doing audience warm-up for shows like Double Dare 2000, NBA All-Star Jam, Ripley's Believe it or Not, Fox Family's Summer Jam and, most recently, Family Feud with Steve Harvey. . His uniquely energetic show will have you laughing from start to finish. His instantly likable personality and his comedic routine is relatable to everyone. From subjects of race to sports to being a single dad he turns your real life (or rather his and those he comes in contact with) into side splitting, sometimes embarrassing, humor! You may have seen him in the ABC Family movie “My Future Boyfriend” or any of his many commercials. He just completed shooting the film “Random Tropical Paradise” starring Joe Pantoliano, Bryan Greenberg and Brooks Wheelan, the film “Naked” starring Marlon Wayans and an episode of “Good Behavior” set to air this fall on TNT. 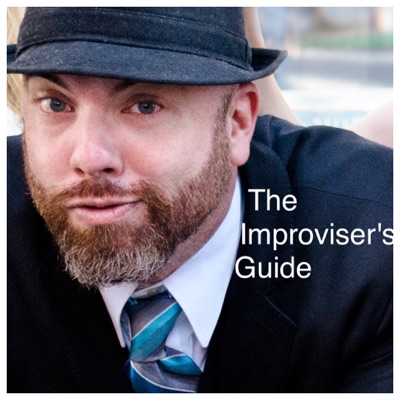 S2E4: The Spark That EMITs the Light

S2E1: All Aboard The Dreamland Express!

S1E5: Beware the Eyes of Mo

BONUS: Believe (in) That

BONUS: The Spinoff is Upon Us!