DiscoverPhil in the BlanksSen. Scott Wiener Discusses ‘Safe Sites’ For Drug Addicts To Use

California State Senator Scott Wiener joins Dr. Phil on his Phil in the Blanks podcast to discuss “safe sites” for drug addicts to use. Senator Wiener, who wrote Senate Bill 57, which would have legalized safe consumption sites in San Francisco, Oakland, Los Angeles and Los Angeles County, shares why he says he considers this to be life-saving legislation – and why he thinks Governor Newsom vetoed it.

“We have tried arresting people, incarcerating people, and for some, that works,” Senator Wiener says. “But for most people, it doesn’t. That’s what safe consumption sites are about – first and foremost, making sure people don’t die.” 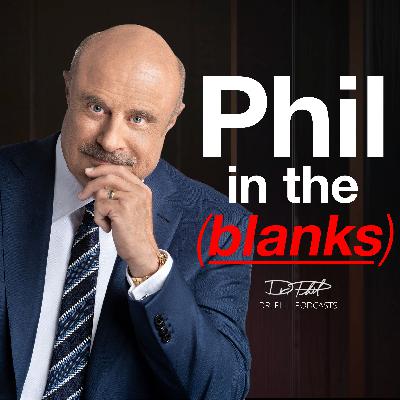 ‘The War On Drugs’ With Clayton English And Greg Glod

How To Protect Our Children From Psychological Malignancies On Social Media

Heal Your Body And Build Strength In A Sustainable Way

Best Moments: Phil in the Blanks

Teaching Kids To Speak Up

What To Do About The Teen Mental Health Crisis

Parents? Teachers? Bureaucrats? – Who Can Fix The Education System In America?

The Psychology Of Good People With Social Psychologist Dolly Chugh

40 Conversations To Have With Yourself

The Search For Solutions To Homelessness And Addiction

Pushing Back On ‘Harm Reduction’ Policies

The Four Essentials Of Modern-Day Parenting With Dr. Charles Sophy

Diving Into The Homeless Crisis In America