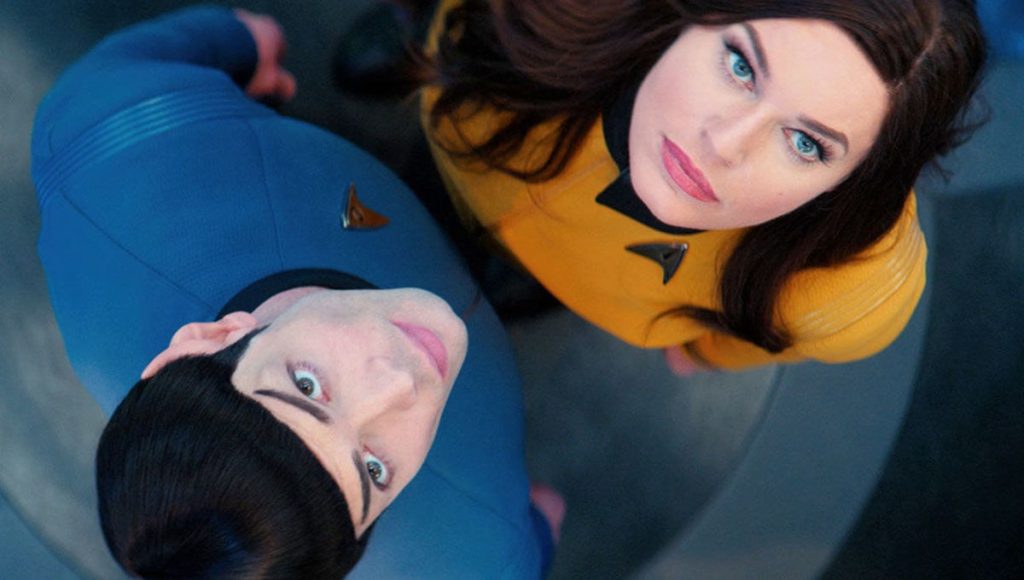 New York Comic-Con featured the surprise debut of "Q&A", the first in a new season of Short Treks. The premiere episode does not in fact feature the return of John de Lancie’s recurring villain; instead, it’s a blast from the past as Ensign Spock arrives for his first day of duty aboard the USS Enterprise. As Number One escorts him to the bridge, Spock takes the opportunity to barrage her with questions, just as Ken and Sabriel barrage the listener with their take on this mysterious commanding officer, the morality and defensibility of the Prime Directive, and the Gilbert & Sullivan musical The Pirate of Penzance.

Discovery S3E04: Forget Me Not

Picard S1E03: The End Is the Beginning