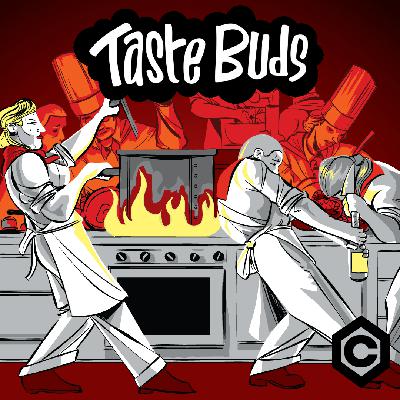 Suzanne Barr found out she was pregnant the day she opened her restaurant. Then came the real problem: landlords so unhinged she had to call the cops on them.

Danny McCallum was a radical environmentalist whose roommates were BLOWN UP (possibly by the FBI). He’s now the chef of a steakhouse that serves $1200 steaks.

Host Corey Mintz sits down to talk about beef and the ethics of cooking it, and both chefs realize that they’d each been vegan for 9 years.

Life is full of surprises. So is this episode of Taste Buds.

You can catch Suzanne cooking at the Sand and Pearl Oyster Bar in Prince Edward County, and if it’s steak you’re hungry for, Danny’s got you covered at Jacobs & Co. Steakhouse in Toronto.

Bow To The Bread

Let Them Have Their Soggy Fries