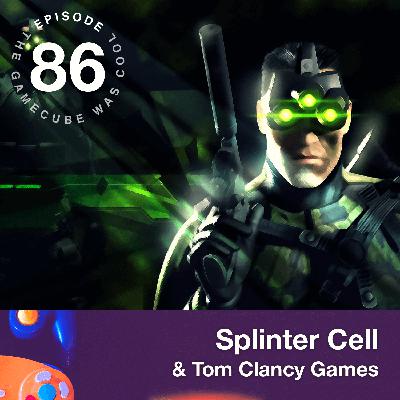 A name synonymous with tactical and stealth shooters on the sixth generation of consoles, there were nine Tom Clancy Games released on the GameCube between 2002 and 2006. Three Rainbow Six games including Rainbow Six 3: Raven Shield, four Splinter Cell games including Mike's personal favourite, Splinter Cell: Chaos theory, which he believes may be the greatest stealth game ever made, and of course the Ghost Recon series, two not as critically acclaimed games but still an enjoyable experience overall. One experience that wasn't enjoyable was playing The Sum Of All Fears, a badly created movie tie-in that is basically just a Rainbow Six lite. There's no doubting that Tom Clancy knew the importance of video games in portraying these stories and today the boys of The GameCube Was Cool podcast enjoy the worlds he created through those really cool trifocal goggles.