DiscoverTaekwondo PassionStephen Lambdin: I wanted to go to the Olympics but I had no idea of how to do it

One of the athletes I wanted to interview when the podcast was only in my mind was Stephen Lambdin.

I thought his story was especially interesting for many reasons, Stephen fighted not only against his opponents in competition but also against scepticism.

He was told that he would never make it to the Olympics.

Because obviously you can’t control what others say from you.

Stephen also had to renounce a promising professional career in a company to pursue the Olympic dream and train full time for it.

When he started his preparation for Rio 2016, he was looking for ways to strengthen his mindset.

So he traveled to Poland to train with Wim Hof on the Wim Hof Method, which combines breathing, meditation and cold exposure to push body and mind boundaries.

Since then he has applied the method to his life, his training and his competitions as a way to push the mind boundaries and get that extra 1% that can be the difference between winning and losing at high level sports.

If you are interested in mind and spirit development, how to get more of your training without training more, how to improve your cut kick, this episode is for you.

Why is it not so bad if you lose by point gap?
Stephen wanted to go to the Olympics, because he used to see them on TV every two years. But he didn’t know how the process was.

He enjoyed taekwondo but was not aware that he would first had to earn his spot at the national team and that it was only the beginning of a long journey.

Stephen shared with us that when he won his spot for the first time to the Junior US National Team, he didn’t even know that after it he would then go to represent his country in the Youth World Championships in Greece.

A whole new experience for him. And in terms of results nobody would say that his performance was good.

He lost by a wide score against Korea. He didn’t know to what level of competition he was facing.

He thought it was a fact that if he won US Nationals he would go World Championships. That was another tournament for him.

But the most important thing was that when he got that “bad result” he went back home very motivated to train harder.

Again we have two options when we don’t have the results we want. To drop out or to continue and improve.

Would you get up at 3:30 am pursuing your dreams?

Stephen had support of a program that gave elite athletes a job in order to help them to continue training. He was beginning a promising career at General Electric, probably many people’s dream job.

Part of his responsibilities for that work was to answer a call at 3:30 am. That was the hour his day started.

His career in General Electric was rising. But his performance at training was not what he was expecting, he was lacking many hours of sleep and the qualification process for Rio 2016 was starting.

Stephen always had the dream of going to the olympics so in a not so easy decision he quit the job and focused 100% on his training.

His boss was not happy, but understood the decision.

It is interesting how many people didn’t understand his decision. In nowadays society many times we tend to value profitable careers more than other options life offers to us.

But Stephen considers leaving that job was the best investment in his life.

Just one week after quitting the job his performance improved a lot.
Challenging his mind in the road for Rio 2016

Stephen, with the support of his parents started to train first for the spot at US Olympic team, second to win the Pan Am qualifiers and then to Rio 2016

As mentioned before, he wanted to build a strong mindset for the challenge.

So he travelled to Poland to learn the Wim Hof Method directly from Wim Hof.

Wim Hof is a Holland man who has pushed the boundaries of body and mind. He has broken Guiness Records for ice and cold exposure.

His method, based on breathing, cold exposure, and meditation can help to push the mind to its limits, to improve resistance to cold and to modify the immune system response.

Before attempting to practice the method I recommend you to research a lot and to check Wim Hof’s website. Two years ago I purchased a 10 Week course 50% off on a Black Friday deal. Maybe that offer is still this year.

He traveled to Poland to a Wim Hof’s training camp. When he started to practice the cold exposure and breathing technique.

Most of the people were there because they wanted to improve their health. Stephen was the only one looking to improve his sports performance.

Still nowadays Stephen practices the technique everyday, and he uses it before training and competition.

I asked him if he can tell a difference between training using the Method and training without using it.

He has done that test and commented that probably the difference is around 10% in his performance during training. Which is actually great.

Getting more of your training
Stephen also shared with us how much we can improve in our training by doing it more specific and focused.

If we have to improve something, let’s go straight into it. For example, for Olympic taekwondo competition, you don’t have to waste your time practicing jumping side kicks.

In sport taekwondo nowadays there are certain specific areas in which you should focus. For example the cut kick. Stephen also shared with us some advice to improve the cut kick.

But you can apply this principle for other aspects of training and life.

Stephen's conversation was very rich, he also shared with us how his faith in Christ has helped him through his journey, how he helps the athletes he coaches, some ideas he thinks could work to improve taekwondo as a viewer friendly sport and more.

Please enjoy the interview and share with us what do you think of Stephen’s work.
Comments
In Channel 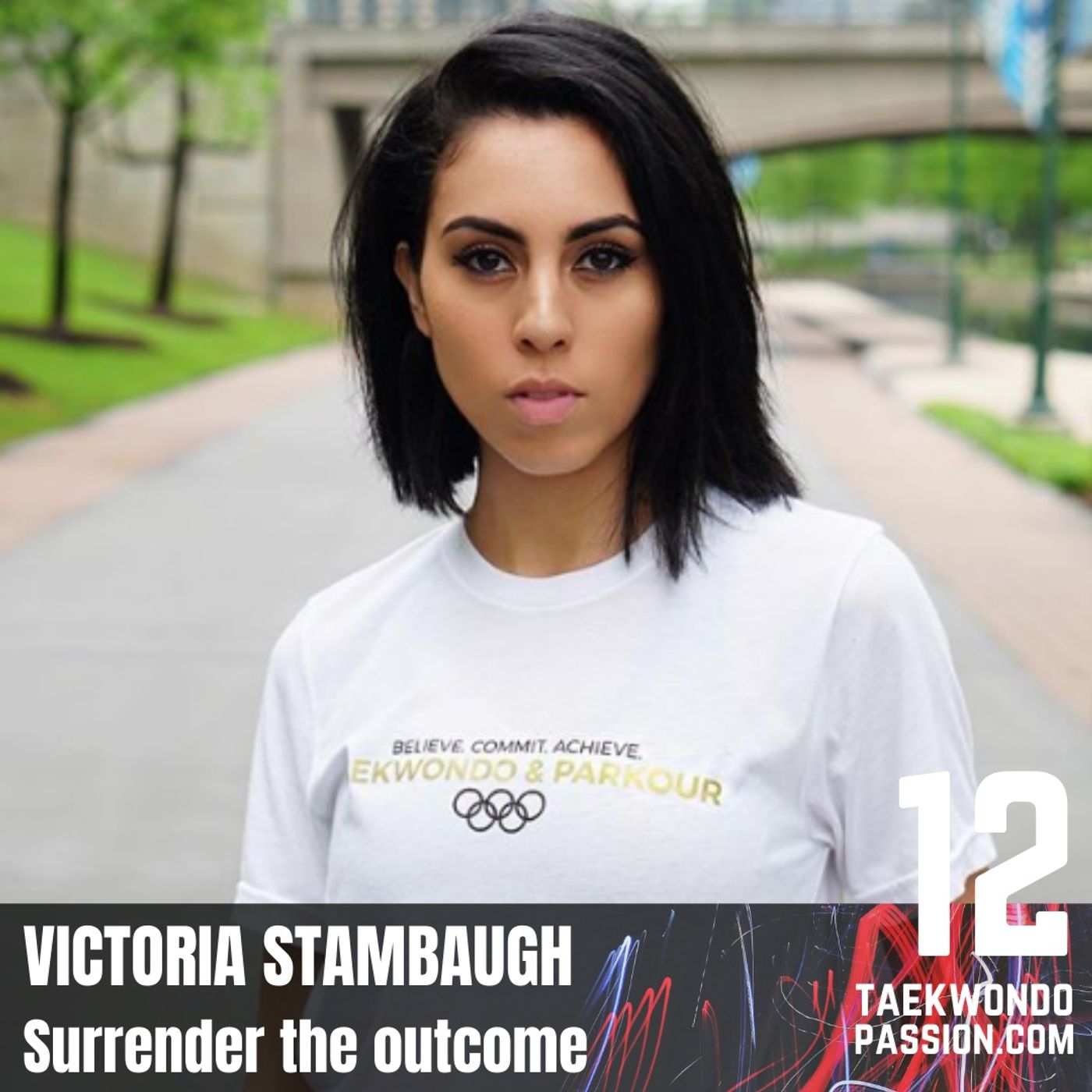