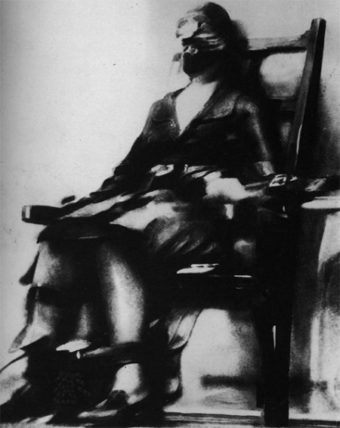 In this episode of The Brain Food Show, we start by looking at how exactly Al Capone got the scars that got him the nickname “Scarface”.

Moving on to the meat of today’s episode, we jump into the rather interesting story behind one of the many so called “trial of the century” of the 20th century.  In this case involving a housewife and her lover and their plot to murder her husband. We also discuss the case of the first woman ever to be executed in an electric chair and one of the most iconic journalistic photos ever taken.

In the Bonus Facts today, we look at the first two women ever to be sentenced to death via the electric chair, what they did to get that sentence, and how they both got off.

(You can also discuss this episode and view references on The BrainFood Show forum here.)

The post Taking the Mystery Out of Murder- A Couple of Dumbbells appeared first on Today I Found Out.

it's so weird to think he pays about a $1000 to get his piloting license, to drive a freaking plane. in my country, a simple drivers license (for a 5 seater car) is about $1200 if you pass everything on the first go (wich most people don't, because there is no strict regulation)

at my work we have a chlorine based cleaning solution that is combined with compressed air to distribute the solution to the surface and it creates puffs of foam in the process. it is called ChloroFoam. it's nice to hear Daven mention this product a couple times during the show. p.s. does this rag smell like chloroform?

Simon killin it in this episode :D

Why Do Some Countries Have People Drive on the Left and Others on the Right? (+Contest Winners)

Forgotten History Part 2: The First Film and the Murder That Nearly Killed It

How Porcupines Mate, the Bizarre Sex Habits of Giraffes (and Much, Much More)