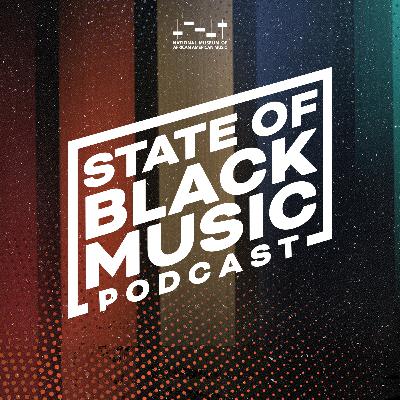 In this episode of the State of Black Music podcast, our co-hosts cover the fundamental impact and legacy of Jimmy Jam and Terry Lewis, the dynamic musical duo behind the multiplatinum mainstays of groundbreaking artists such as Sounds of Blackness, Janet Jackson, Usher, Boyz II Men, Mariah Carey, New Edition, and many more!  Find out about how their inspirations, life experiences, and lessons played a pivotal role in shaping their paths and electrifying their creativity.

After crafting iconic singles and albums for others in almost every music genre you can think of, Jimmy Jam and Terry Lewis have created all new material of their very own with the release of their debut album Jam & Lewis, Vol. 1.  The new album features the likes of Mary J. Blige, Babyface, Mariah Cary, Boyz II Men, and others!  Check out Jam & Lewis, Vol. 1, available now on Flyte Tyme/BMG!

Listen bi-weekly as music business veterans Phil Thornton, Claude Kelly, and Chuck Harmony of Louis York, and Tamone Bacon give their unfiltered, coveted, comical opinions on the music of today, yesterday, and tomorrow.