DiscoverStaying In PodcastThe Last of Us Part II, Gain Ground, and McQueen - Ep58 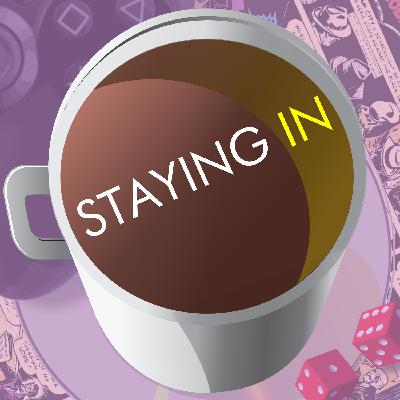 The Last of Us Part II, Gain Ground, and McQueen - Ep58

Take me down to time stamp city, where the times are stamped and it's not actually a city;

0:00 - We find out all about a very special carb-based de-stress routine and a very exciting (?) Bristol corner shop.

4:40 - It's back to the late 80s and early 90s for a spot of reminiscing on Seinfeld, as well as Peter's secret favourite subject, Gain Ground, on account of him currently playing SEGA Mega Drive Classics. There's also an explanation of how evolution works that probably has Darwin spinning in his grave.

20:35 - Yeah yeah, E3 2018 is long gone, but by jove Kris wants to talk about Spyro Trilogy Reignited as he's a huge fan of that purple dragon. We also decide that both the Resident Evil 2 Remake and the Final Fantasy VII Remake are poisoned chalices, and relate all this to Gus Van Sant's 1998 remake of Psycho, because we're fancy like that.

32:00 - More E3 chat here, focused on some god tier trolling by certain video game studios, and Dan's love of the look of The Last of Us Part II. We go into the important questions: does the original need a sequel when it has THAT ending? Will it deliver something the first one didn't? And why have a load of dorks got all flustered about a kiss?

43:10 - Kris has been off to the cinema (no details on if he used The Grift or not, sadly) and he's seen a documentary called McQueen. Appropriately it's a documentary about legendary fashion designer Alexander McQueen who, from all accounts, was a right cheeky chancer. Kris thought the film was great, and he'll tell you why.

46:53 - Oh my gosh, it's our first ever listener question and it's a strong one. A huge thank you to @Laneit360 for sending us it, and if you have one for us, you can get in touch via direct message on Facebook or Twitter, or e-mail us via the address listed on our Contact Us page.

And then at the fifty seven minute and thirty eight seconds mark, all the wittering from Dan (@ThisDanFrost), Kris (@DigitalStrider), and Peter (@XeroXeroXero) is over for, oh, about another two weeks from now.

Please note that we do use Amazon Affiliate links in some of our show notes. If you don't know what that is, then you can click here to find out why it's all perfectly innocent, honest.

Parasite, Encore!, and The Crew: The Quest for Planet Nine - Ep98

Blitzkrieg!, The Witcher and the Royal Game of Ur - Ep96

Medium, His Dark Materials, and the BoardGameGeek Secret Santa - Ep92

The Taverns of Tiefenthal, Battle at Big Rock, and Untitled Goose Game - Ep88

Scythe, Ticket to Ride: New York, Baba Is You, and Mark Robinson of Link To The Cast - Ep85

The Last of Us Part II, Gain Ground, and McQueen - Ep58