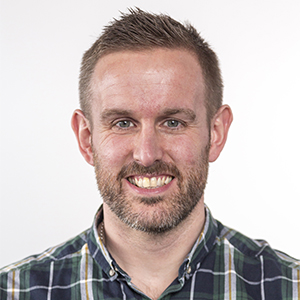 Gareth McLean is Minister of Orangefield Presbyterian Church, a thriving congregation in East Belfast. He’s been there for almost three years, having moved from First Presbyterian Church in Ballymoney, in North Antrim. Gareth is also the cohost of a new podcast, Greenways podcast, which aims to share stories from followers of Jesus as they live out their faith in the context of their real world vocations.

Gareth grew up in County Armagh and became a Christian after a remarkable series of events when he was eleven but it was an unforgettable conversation with a fellow student while at university that had the effect of really turning his life around. After completing a degree in business and IT, he took on a youth position in a Belfast Presbyterian church before training for ordained ministry.

In our conversation Gareth talks about some of the experiences and people that have had a big impact on him, including the serious illness of his young son.

He also talks about the advice he would have for his twenty-year-old self, including underlining the importance of time with God.


Coming up on the next episode of the podcast, my guest will be Derek McKelvey, former minister of Fisherwick Presbyterian Church.