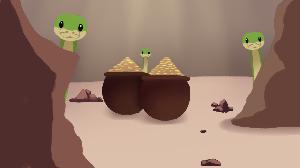 The Lord of Death

This is a story about a road which was considered to be deadly to travel. Some said that a scorpion was responsible for the death of the travellers, while others claimed it was a deadly snake. One day, an old man who was travelling down that road encountered a scary creature. He realizes that the creature was responsible for the deaths, and decides to follow the creature. What happens next? Why was the creature causing so much death, grief and unhappiness all around? Listen to this story to learn more.

This story was originally translated into English by Flora Annie Steel. It has been revised by Amar Vyas and narrated by Sheerali Bjiu for gaatha story.
You can subscribe to this podcast on Spotify, Apple Podcasts, Google Podcasts, Stitcher, Castbox, Hubhopper, Radio Public, Storiyoh, Tunein, Stitcher, and many other fine websites and apps where you listen to podcasts.

If you have any comments or feedback, you can write to us at contact@gaathastory.com.

24: Kingfisher and the sea

21: The story of Amero Komfi

19: The dove and the hunter

17: The Cat, the patridge and the hare

7: The story of Bakri Id

16: The Jackal and the Crow

15: Sparrow and the Elephant

28: Importance of Guru Purnima and story of Rahu and Ketu

11: The tale of the golden dropping

9: How the tortoise got its scars

The Lord of Death