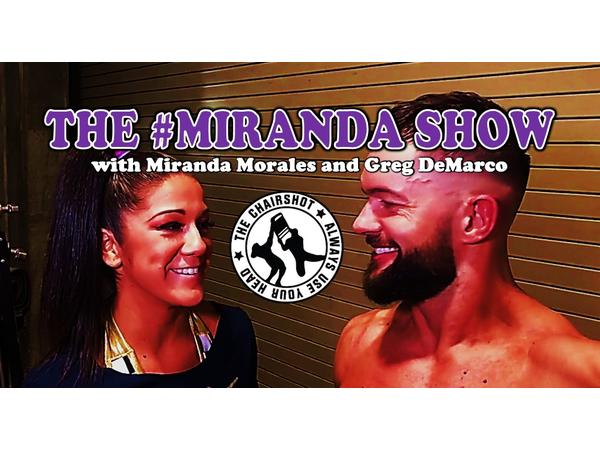 Miranda and Greg do The #Miranda Show!


Each week, Miranda Morales establishes a slate of rules for Greg DeMarco to follow, and then creatively enforces a punishment upon him–even if he doesn’t break a rule!

Miranda gets Greg to  commi to letting her teach him how to Pinterest
Storming Area 51 (and storming Patrick O'Dowd's Twitter with it)
The weekend's wrestling: AEW Fight For The Fallen, Evolve 131, and WWE Extreme Rules
How do you feel about Raw Reunion
We play SHAG (Miranda insisted on that word), MARRY, KILL with the WWE roster--but it's actually for a good reason!

The duo also talks about the amazing world of professional wrestling, Miranda’s (and Greg’s) exploits on the independent scene, shopping, relationships, and so much more!


It’s The #Miranda Show, and it’s available anytime, all the time, on-demand at TheChairshot.com.
Comments
In Channel