In the late ’80s through the early ’90s, Timothy Wilson Spencer was mainly known to the world as The Southside Strangler. However, it was actually the groundbreaking DNA evidence that was used in connection to this case that makes it such an important and relevant case to this day. The same DNA evidence that easily connected Timothy Spencer to each of his cold-blooded murders was the same that was used, for the first time in United States history, to free David Vasquez, an innocent man, from a life sentence in prison for a horrific crime he didn’t commit. 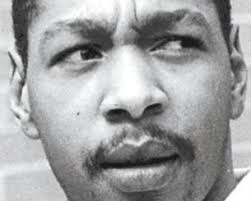 Sponsors:
Native: For  20%  off your first purchase, visit nativedeodorant.com and use promo code TCFC during checkout!

Wondery: Anaheim investigator Julissa Trapp is not like other detectives. She’s the only woman on the homicide squad, and a skilled chameleon: undercover cop in vice stings, crime-scene commander, patient confidante of killers. A master interrogator, she invokes her personal experience – and deepest griefs — as a tool to elicit confessions. When a young woman’s body is found at a trash-sorting plant, Trapp learns the murder may be linked to the disappearance of three other women in nearby Santa Ana. Trapp embarks on a dark journey that brings her face to face with a man who takes “a little piece of her soul.” Listen now at wondery.fm/DTfanclub

Produced: We Talk of Dreams

The Letters – A Mini Series