DiscoverIt Was Simple: The Betty Broderick MurdersThis Has Haunted Me | 4 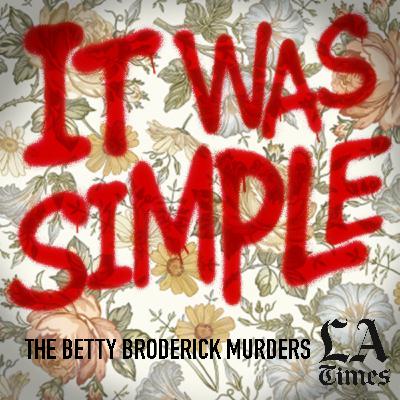 Episode 4: One of the most sensational moments in Betty Broderick’s second murder trial was straight out of a TV courtroom drama. As Betty’s defense attorney Jack Earley was asking about her kids’ welfare, he dropped a bombshell: He had witnesses ready to testify that Dan Broderick had talked about hiring a hitman to kill Betty. In the final episode of our podcast, we hear from one man Earley wanted to call to the stand, from the foreman of the jury at the trial, and from fans lobbying for Betty’s release.

I have trouble buying that a professional of Dan Brodericks caliber is talking about hiring a hitman in a bar within earshot of this ding dong. this guy sounds out of his gd mind.

I love the content of this podcast but it jumps around like crazy. It gets a little confusing. I feel as if the podcaster forgets we don't know the content as well as she.

Introducing "It Was Simple: The Betty Broderick Murders"

"Dirty John Season Two: The Podcast": A Fresh Approach to an Enduring Story | 2