Welcome to the Cory Talks Podcast!

On this brand-new episode…
More restrictions to be lifted in Victoria as the Chief Health Officer, Professor Brett Sutton asks Victorians to continue getting tested over the winter months so we can stay on top of the COVID-19 situation. I did just this as I’d been feeling a little unwell recently. Hear me read the text message with the results of my COVID-19 test from last Sunday.
Victoria has also struggled in the past week with wild weather causing flooding in the states east that has seen many Victorians without power for days. With the prospect for some of no power until July 10!
Sky News Australia’s prized minister of misinformation, Peta Credlin awarded an Order of Australia in the Queen’s Birthday Honours List.
New South Wales Deputy Premier John Barilaro has a very thin skin when it comes to comedian and social commentator, Jordan Shanks, known on YouTube as Friendly Jordies. Not only is the politician suing FJ, he’s also had the YouTubers friend and employee, 21 year old independent journalist Kristo Langker arrested and charged in a sequence of events you’d expect from a TV show, or a real life dictatorship incident. The video, https://www.youtube.com/watch?v=OXtq4a8829g is very confronting and disturbing. If you can watch it and feel as outraged as many Australians do, consider donating to the fighting fund at https://www.friendlyjordies.com/legal-fund. I’ve done just that!
The Federal Government’s billion-dollar robodebt scheme took more than just people’s money, it also took many lives. The courts order the government to repay the money.
On In Focus this week, the latest on the Biloela Family asylum seekers bid to remain in Australia. The Prime Minister is adamant that the family’s stay is not permanent. Home Affairs Minister Karen Andrews has shown she can be just as uncaring as the Prime Minister. Meantime Morrison is the subject of an ABC-TV Australia 4 Corners report into his association with an Australian QAnon whack-job. A man whose family reported the PM’s friend of many years, to the Terrorist Hotline.
After months off work due to a nasty fall, Victorian Premier Dan Andrews is ready to return to work in the next week or so.
Don’t forget to subscribe if you haven’t already and turn notifications on so you can be alerted when there’s new episodes out. The show’s available on Anchor, Apple Podcasts, Google Podcasts, Overcast, Podbean, Podchaser, RadioPublic, Spotify, Stitcher, Tune-In and YouTube.
Cory Talks
Vero True Social
Email
Twitter
News sources: ABC News Australia, BBC News, Independent Australia, Michael West, The Guardian.
CORY TALKS. A PODCAST FROM CORY O’CONNOR
corytalks.com  |  coryoconnor.com 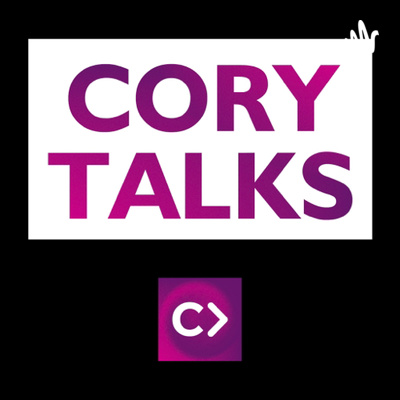