Duuudes! Those of you who follow us on Insta may know that Mark The Producer and I just got back from our first festival of 2019. As we glamped and recorded some of the best musicians in the world in convo for upcoming Talkhouse episodes, it occurred to me that full-on festival season is almost upon us. That means, of course, that this summer, Talkhouse will be returning to Pitchfork Music Festival for our fifth straight year of recording backstage talks with many of the brilliant artists rocking Union Park. We're so psyched for this year's lineup; get your tix now to catch Belle and Sebastian (playing Sinister in it's entirety!), Pusha T, Haim, Robyn, Earl Sweatshirt, Khruangbin and more.

In anticipation, we wanted to share with you a special bonus episode this week. So, here's a fantastic conversation that happened spontaneously at last year's fest; it was too short to be released as a regular episode, but was too good not to share.

Tierra Whack and Nnamdi Ogbonnaya both have sounds and visual aesthetics all their own. When the two met in our trailer studio, they connected immediately, cracking us all the f up in the process. Their hilarious and insightful chat takes in quite a bit in its brief runtime: their production techniques and studio vibes; fave bands and movies of all time (some very surprising answers here); wtf happened to those balloons from the Whackworld video; and some pretty great impressions of Oprah and Leonardo DiCaprio.

The Talkhouse Podcast’s theme song was composed and performed by The Range.

Big thx to the fantastic Pitchfork Music Festival for hosting the Talkhouse Podcast. PMF 2019 takes place in Chicago from July 19-21st, 2019. SEE YOU IN THE PIT, er PARK! 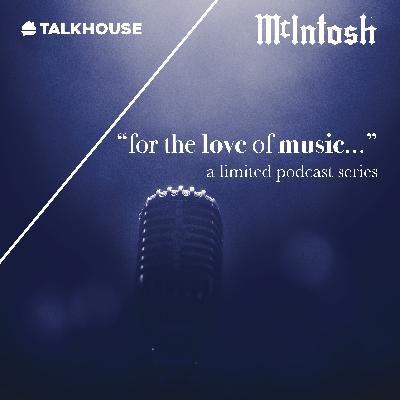 McIntosh "for the love of music..." — Janet Furman