Tim Michels and the Opposition to Line 5 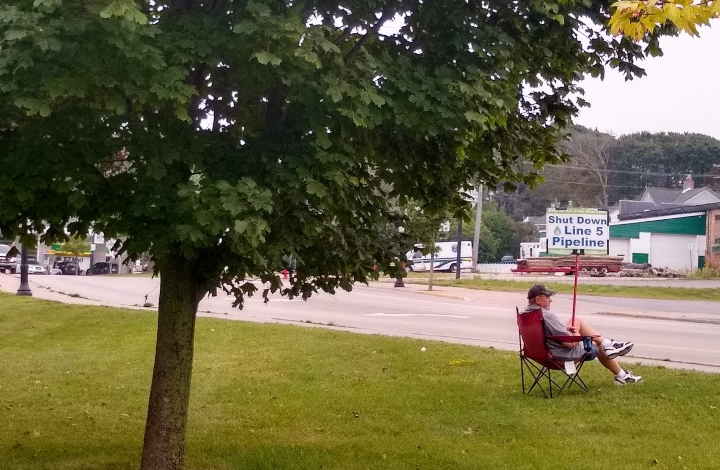 Republican nominee for Wisconsin governor Tim Michels was involved in building Enbridge Line 3 in Minnesota and will be involved in the Line 5 expansion if it is approved.

“Is that the kind of governor we should have just as the climate crisis keeps worsening?” asks Friday host Esty Dinur.

Today, she is joined by water protectors Paul DeMain and Jill Ferguson to get updates about the opposition to Line 5 and other pipeline protests.

Paul DeMain is board chairman for Honor The Earth and former publisher of the award-winning News From Indian Country and other Native publications. He is a member of the Oneida Nation of Wisconsin and of Ojibwe descent.

Jill Ferguson (aka “Badass Grandma”) is a lifelong activist who has been standing against injustice since she protested the Vietnam War as a twelve-year-old. She was arrested three times at the Canadian Enbridge’s Line 3 in Minnesota last year and sustained serious injuries from a Clearwater deputy while protecting the Mississippi River. She sits on the steering committees of Peace Action of Wisconsin and 350 Milwaukee.

Cover photo: A person on the roadside holding a “Shut Down Line 5 Pipeline” sign in St. Ignace, Michigan, by Richelle Wilson, 2020

The post Tim Michels and the Opposition to Line 5 appeared first on WORT-FM 89.9.

A life of food politics with Marion Nestle

Building Co-Ops and Thriving Within Them with Anne Reynolds

What’s up with these budgets? City of Madison and Dane County

Tim Michels and the Opposition to Line 5