Our guest today on a very special episode of the Keep Going Podcast is our co-Founder and 7x Super Bowl Champion Tom Brady.

At age 44 and fresh off of his 7th Super Bowl win, Tom entered his 22nd NFL season this Fall after spending the majority of the offseason rehabbing from reconstructive surgery on his MCL. He has picked up right where he left off in the Super Bowl, throwing for 10 TDs and over 1,000 yards in the first three games of the season and diving even further into uncharted territory for an athlete his age.

You’ll hear Tom speak candidly in this episode about how his daily habits enable him to continue to perform at the highest level, and it’s especially interesting to hear just how passionate Tom is when he talks about how the TB12 Method has impacted his life & career.

Tom is now just a few days away from returning to New England to lead his defending Super Bowl Champion Buccaneers against the Patriots in one of the most anticipated NFL games in decades. So much has been made of Tom’s return to Foxboro recently, and he was open with us about what he expects from his long-awaited return and some of the emotions he’s feeling as he prepares to play the Patriots for the first time in his career.

Ryan Holiday on How We Can Improve Our Lives Through Stoicism

Ben Bergeron on The Power of Shared Sacrifice 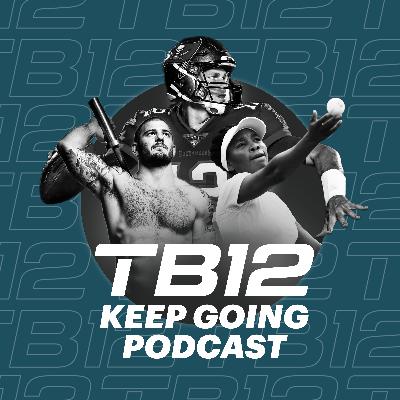 Mike McCastle on Leaning Into The Struggle & Redefining Human Performance

Alex Honnold on Managing Fear & Living on the Edge

Tim Grover on the Characteristics That Define Winners

Dr. Uma Naidoo on Understanding the Relationship Between Food and Mood

Kevin Flike on the Day That Changed His Life Forever

Robert Owens on Defying Age in the Pursuit of Longevity