Rock Talk With Mitch Lafon presents We Will Rock You cast member, Trevor Coll, and Theory (Theory Of A Deadman) drummer, Joey Dandeneau.

Our first interview is with Queen's We Will Rock You cast member, Trevor Coll. We discuss the musical, Freddie Mercury, Queen and his aspirations.

"Queen is the heart of this show," Trevor Coll.

Our second interview is with drummer Joey Dandeneau. He discusses Theory's new album Say Nothing, we discuss Slash drummer Brent Fitz, the 'darker' lyrical content, the band's rebranding (from Theory Of A Deadman to Theory), why isn't the band's bigger, is the era of arena/stadium rock coming to an end, RUSH drummer Neil Peart, and much more.

On the band's rebranding: "The 'Deadman' would kind of freak people out or they just didn't understand it... 'Of A Deadman' seemed to confuse people."
"Merch is a big thing... I think we're in the clothing business. We tour to sell clothes almost."

and find out why he exclaims: "I hate Canada!" 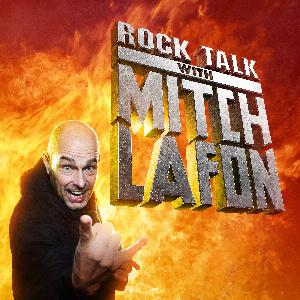