Welcome to Tribbles and Trilobites Episode 0226, Troy Bernier and our wonderful resident literary agent and editor Leslie Owen will be discussing the amazing feature length film Space Detective. It is a live-action / animated sci-fi adventure from the Swamp Media Group.

The episodic story follows the exiled galactic sleuth known only as Shiro who returns to Carina Dawn ( a massive city in space) to help an old flame only to find himself caught in a web of galactic gangsters and interstellar intrigue.

Joining us are, the director Antonio Llapur and Matt Sjafiroeddin who plays the starring role as SHIRO. 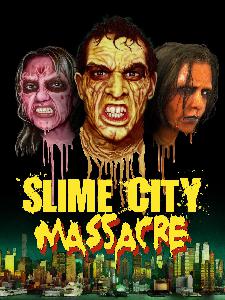 VHS Massacre #5: Slime City one of the original “Melt Movies”!

VHS Massacre #1: A look back at out Joe Bob Briggs Interview! 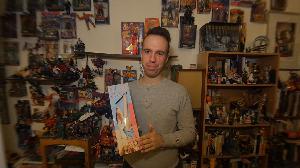 Episode #247: Toys that have deeply religious or violent history! 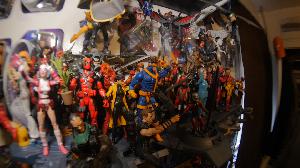 Episode #245: Chris Ferry talks about narrating his first audio book, being in the Story Pirates comedy troop and acting!

Episode # 241: A look back at our William Grefe Interview (Director of Jaws of Death and Death Curse of Tartu)

Episode #239: Return to Nuke ‘Em High Volume 2 at the Museum of Moving Image!