Trey and Ken are joined this week, in a Politics Guys first, by Mike! The three begin the episode discussing President Donald Trump’s potential pressure on the Ukraine and the fallout of impeachment. Mike thinks the process must move forward as far as investigation is concerned otherwise presidents will simply assume they get a pass later in a term. He is hesitate, however, to remove a president who was selected by the people. Ken has less concern about deferring to the people, he argues the people also elected vice-president Pence and that the process must move forward. Trey takes a moment to explain this investigation is precisely why he, and other never-Trump individuals, were right from the beginning.

After this story Mike bids farewell and Trey and Ken continue to the second story: the House passing a bill making it possible for banks to do business with companies dealing in weed. The fundamental problem, in which both agree, is that there is a split between states simply ignoring federal law and the untenable position these companies find themselves in as a result. The real difference is that Trey hopes for a more widespread legalization while Ken worries about the social ramifications of legalization.

They then turn to the U.S. Census Bureau’s report on income and equality. The major takeaways both hosts agree on: people are doing better on average, but income inequality is at its highest ever in the United States over the last 50 years. Where Trey and Ken deeply disagree is over whether this is bad or not. Trey argues that the tide of long standing economic developments is how much better off the average American is. If income inequality exists in such a circumstance so be it. Ken argues that it is wrong for individuals to have extreme wealth. He points to wealth taxes as a possible solution to this issue, primarily because those with extreme wealth will have an outsized impact on the political system. Trey counters that the political system can be rectified without resorting to depriving people of their property and that, at a moral level, to do so is wrong. Both respectfully disagree. 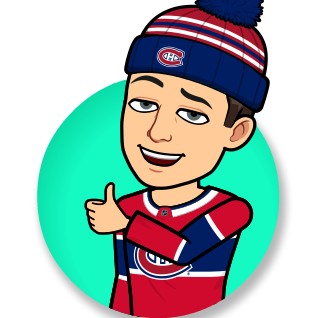 Love the round table format! The three-way conversation was really cool. I'd love to see more of this. Perhaps one a month or so?

Richard Robb on Choice in Economics, Politics, and Life

Binyamin Appelbaum on The Economists' Hour

The Politics Guys and Future Hindsight

The Politics Guys & Democracy Works on Trump, Impeachment and the Future of Democracy

Impeachment, Election Results, and the State of the Democratic Field