I don't know why we give out chocolates on Valentine's or the connection between the 14 of February and cocoa beans. At first, I thought that maybe chocolate was discovered on that date and remained embedded in the minds of those in love, but after some research, I realized that the two have nothing in common, but maybe a little history could make it entertaining. Saint Valentine was born around 176 BC,  chosen as archbishop at the age of 26 for the city of Terni in Umbria. He was continuously persecuted by the Roman emperor Aureliano because of his strong faith and disciplined belief and eventually murdered in the year 273. YouThe Saint's remains rest in a silver statue inside his basilica located at the outskirt of the city of Terni. Pn the bottom of  the glass chest, a logo reads: "San Valentino patron of love."  Many legends surround the saga of the Saint. One of them cites a quarrel between two young lovers walking by the Saint's garden. After a moment of pause, he offered a rose to the couple, suggesting them to squeeze the stem and puncture their fingers. At the sight of blood, the Saint smiled and calmly said: "cor Unum"…..united at heart through the blood. The couple eventually came back months later and asked the Saint to marry them, which he did. The date of the matrimony, the 14 of February,  remained forever the celebration of Valentine.

For recipes, visit the chef blog.

Chefwalter.com for all our related businesses

Flavors + Knowledge Podcast is proudly sponsored and produced by Chef Walters Cooking School, Providence, RI, USA, and available on all your preferred platforms.

Disclaimer: The views and opinions expressed in Flavors and Knowledge are those of the authors and do not necessarily reflect Flavors and Knowledge's official policy or position. Our bloggers or authors are of their opinion and not intended to malign any religion, ethnic group, club, organization, company, individual, or anyone. Any general advice posted on our blog, website, authors' content, and the app is only for informational purposes and not intended to replace any medical or other advice. 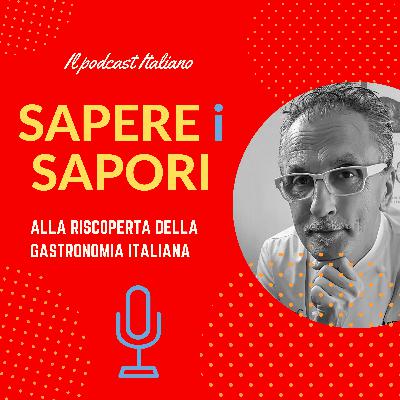 WHAT IS PINSA ROMANA?

THE MYTH BEHIND WHITE CHOCOLATE

PIADINA IS NOT QUESADILLA

20 TIPS FOR THE BETTER COOK IN YOU

EAT LEGUMES THROUGHOUT THE YEAR

COOKING CLASS ON BICERIN FROM THE SAVOY DYNASTY