The core question this impeachment process is raising isn’t “what did Donald Trump do?” The hearings have filled in important details and added confirming witness, but the story is largely the one we’ve known since the White House released the call record.

Instead, the core question the hearings are raising is: “What will Republicans accept and defend?” The answer, at least judging by the arguments of Reps. Devin Nunes and Jim Jordan, is chilling.

On this week’s episode, Andrew Prokop joins me to analyze the first, and perhaps only, week of public impeachment inquiry. Then, Thomas Mann, co-author of It’s Even Worse Than It Looks joins me to discuss how the Republican Party became the institution on display in this process.

I’ve heard from listeners who enjoy this podcast, but wish it could be more “balanced.” I wish it could be more balanced too. But to pretend that an imbalanced system is balanced is a poisonous form of bias. This episode is about seeing what’s right in front of our eyes, and taking seriously what it means for our future.

The answer for Stefanik is simple: the attention span getting shorter, she simply doesn't care believing that she'll later be able to spin it around. Today's currency is loyalty. 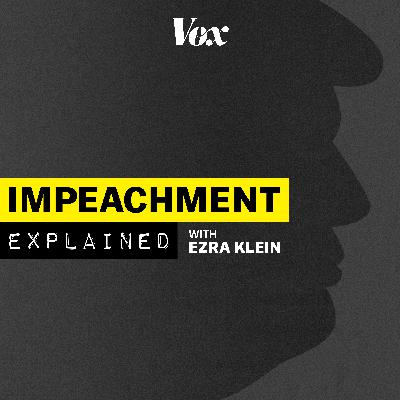