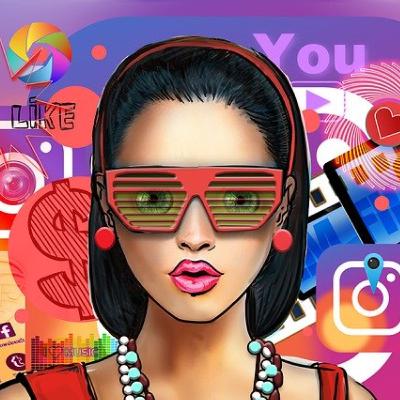 What are influencers? Thanks for asking!

Influencers are people who are capable of impacting consumption habits among their followers on social media. Brands are relying more and more on influencers as part of their communications strategies, but are sometimes duped by fake influencers. You could be forgiven for thinking influencers were invented in the 2010s. In reality, it stems from a theory discussed by sociologists for decades. Until the past decade, we talked about “opinion leadership”, meaning people who had influence on their family, friends or colleagues. This could be giving an opinion on products, brands or celebrities, for example.

How does the opinion leadership manifest itself?

In the internet age, opinion leadership manifested itself in the form of bloggers. These were generally amateurs who used their websites to share their opinion online, whether it be on a particular niche or wide-ranging subjects. Gradually bloggers ceded their position to influencers on social media, mainly Youtube and Instagram. Influencers tend to be specialised in a certain area of interest, like beauty, fashion, travel, cooking, culture or sports. Indeed, being an influencer has become a career for many in recent years. Brands quickly realised they would need to work together with these opinion leaders, in order to reach certain communities. They spoil their influencers with gifts, trips and VIP event invitations. A study by social media analytics platform Klear found that companies pay nano-influencers an average of $100 for an Instagram post, with that figure rising to $2000 for a celebrity.

In under 3 minutes, we answer your questions!