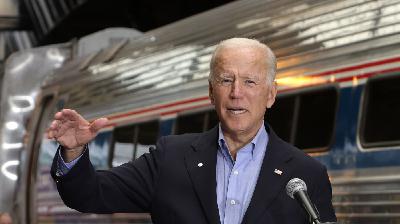 Railroad unions rejected a Biden-brokered deal to prevent a national strike over concerns that it did not include paid sick leave. Now, the president is pushing Congress to implement it anyway. Biden — who has described himself as the most labor-friendly president in U.S. history — is worried that a rail workers' strike during the holiday season would devastate the economy.