DiscoverTrapitalWhy Talib Kweli is Focused on his Fans 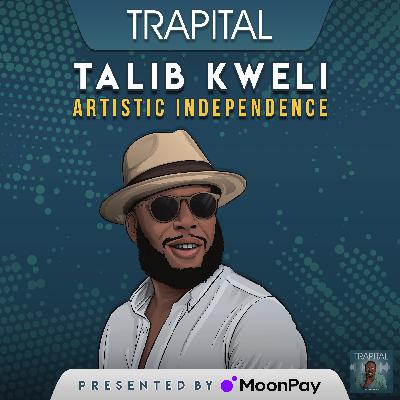 Twenty-four years after their debut album, Black Star — the duo of Talib Kweli and Yasiin Bey — is back with its sophomore release, “No Fear Of Time.” Talib joined Trapital to discuss the long-awaited return album (which dropped in May) and why it was released exclusively on the paid-subscription podcast platform Luminary. Spurning traditional streaming platforms like Apple Music or Spotify was about serving its true fans, Talib told me during our interview.

The pair was already in business with Luminary, hosting an original podcast “The Midnight Miracle” alongside Dave Chappelle. The way Talib sees it, the group’s most dedicated fans — one’s that care about them on a personal level beyond just spitting bars — were already rocking with them on Luminary. And after a career that’s spanned four decades, Talib is more interested in engaging his core fanbase rather than reaching the masses.

Disruptive art is on-brand for Black Star. Similarly, Yasiin’s latest solo album was exclusively distributed inside a 10-week art exhibit in Brooklyn. For Talib, he’s blended different musical genres and sounds his entire career. “As an artist, it’s my duty to try everything I can,” he told me on this episode.

For a closer look at Talib’s creative and business approach, you’ll want to hear our interview in full. Here’s all our talking points during the episode:

[4:10 ] Why The Album Released Exclusively On Luminary Podcast Network

[14:11 ] What Talib Has Learned In Different Creative Pursuits

beatBread is your music platform to get funding and stay in control. You can get advances from $1,000 to $2 million, and you keep your masters. To learn more, go to beatBread.com

﻿[00:00:00 ] Talib Kweli: Most of my music is available for free on YouTube. On Kweliclub.com, you can get all my mixtapes for free. You can get the album Fuck the Money for free. My biggest song Get By, you could, if that shit came on in the store, you could Shazam it and listen to it on Shazam for free, you know what I'm saying?

[00:00:16 ] Talib Kweli: Like, it's got 15 million views on YouTube. You could go listen to it on YouTube for free. You mean to tell me I can't get $10 or $5 or $30 with a new Black Star album with all this free music you're getting? What are we even talking about? You know what I'm saying? Like, how are you ignoring all of this, to complain about this?

[00:00:42 ] Dan Runcie: Hey, welcome to the Trapital podcast. I'm your host and the founder of Trapital, Dan Runcie. This podcast is your place to gain insights from executives in music, media, entertainment, and more who are taking hip-hop culture to the next level.

[00:01:25 ] Dan Runcie: Luminary is a paid audio platform, specifically known for podcasting. So we talked about that decision, why it was important for him and Yasiin to release it on a platform where they already had a podcast and what that means for him moving forward. And what it ultimately focuses on is the quest for autonomy and control and independence in being able to reap the rewards that come from it.

[00:01:49 ] Dan Runcie: This is nothing new to Talib Kweli. He's released music on his own website, Kweli Club. He's used Patreon as well to release his music. So we talked about what the decision was like to release on Luminary and more broadly what this means for him as an artist. He's someone that has toured a lot over the years.

[00:02:24 ] Dan Runcie: Hope you enjoyed it as much as I did. Here's my chat with Talib Kweli. All right. So today we have the one and only Talib Kweli, one half a Black Star, which is back with its latest album, No Fear of Time. So the album's been out for a little bit, man. How are you feeling? How do you feel about the response?

[00:02:41 ] Talib Kweli: I feel grateful and blessed, and I'm happy that the fans have gotten a chance to hear it. I've been listening to it or iterations of it for a number of years now. And I'm just happy to have gotten it out.

[00:02:53 ] Dan Runcie: Yeah, I bet. I think too, I'm glad that the fans are hearing it 'cause one of the big discussion points about the album, which stuck out to me, was how you chose to release it. And I give you so much respect for doing it on your terms and not necessarily following the main path because we all know that artists have their own autonomy and independence. Like, you don't have to just do the standard thing. So credit to you on that.

[00:03:16 ] Talib Kweli: Well, yeah, you know, all praises due to the most high and really, I give the credit to Yas he was the one that really stuck to his guns on that. You know, my music is widely available or many platforms, not all of it, you know, some, some things I have exclusive, but we've had offers as you can imagine all through the years to ways to put out the Black Star album in a more traditional way.

[00:03:37 ] Talib Kweli: Yasiin stuck to his guns on that. And by default, just me, me being in a group with him, I benefit from that. Because the situation absolutely was a beneficial situation to me and, to be frank with you, one of my most favorite situations I've been in business-wise in terms of my relationship with my art and how it gets out to people.

[00:03:59 ] Dan Runcie: That's good. That's good to hear because I know that you've done a few different things independently. You've released albums on your own website before, you've done Patreon. What made you choose Luminary this time?

[00:04:10 ] Talib Kweli: Well, we were already in a very fruitful relationship with Luminary due to the fact that we had the podcast on Luminary with Dave Chappelle, the Midnight Miracle Podcast. 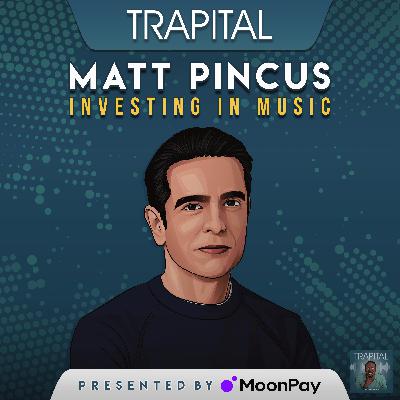