The Agri Food Comms-Cast (AFCC) delves into the current issues being faced in the agricultural industry and food supply chain, with a PR and marketing spin.

Episode 11 explores wildlife conservation and its relationship with food production and land management.

David Hooton, deer officer at the Forestry Commission, explains that although wild deer populations are at an all-time high, the market for venison has significantly dropped in the last 18 months.

By heading up the new Venison Working Group and delivering the first Wild Venison Week later this winter, he aims to help equip the venison trade so landowners can continue to meet their business and conservation objectives, while encouraging a wider consumer audience to eat venison all-year-round.

Then former editor of the Shooting Times & Country Magazine, Joe Dimbleby from the Game & Wildlife Conservation Trust (GWCT) goes on to explain how his journalistic background has helped to secure editorial for the Trust in the mainstream press, as well as in country sports and farming media, to promote case studies of biodiversity success directly from farmers and landowners.

And to conclude, he explains how the new Working for Wildlife web portal is hosting a ‘pledge’ that’s appealing to all conservationists – from RSPB to NFU– to sign-up to with a view to uniting on commitments to the British countryside. And with 1,000 signatures in its first week, it’s already gaining traction.

Taking cereals to retail - it can be done!

Exploring business for people and planet

Book vs social - conquering the town and country divide 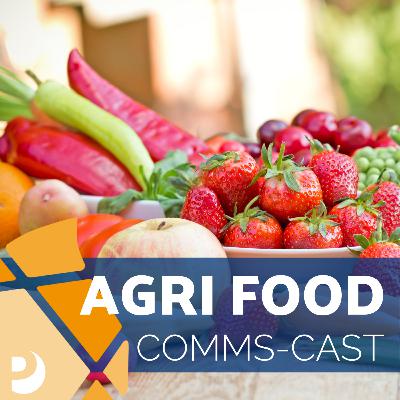 Influencing consumer habits: the opportunity for responsible marketing in the food industry

#FarmingCAN: Connecting the public to the facts about farming

Getting engagement on the wellbeing issue

In conversation with Meat Business Women

In conversation with Farmers Weekly