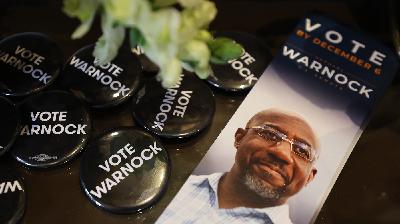 All eyes are on Georgia's Senate runoff election as Democrat Raphael Warnock fights for his first full term. He's up against Republican Herschel Walker, a former college football celebrity and political newcomer who faced a number of allegations of abuse and personal misconduct. The race, which concludes on Tuesday, won't determine control of the Senate, but will determine how much influence more conservative senators like Joe Manchin have in crafting legislation.