The leak of a draft opinion from the Supreme Court earlier this month that showed the majority-conservative court ready to overturn Roe v. Wade has led two-thirds of Democrats to say that they are more likely to vote in November, according to the latest NPR/PBS NewsHour/Marist poll. That compares to just 40% of Republicans who said so. It remains to be seen whether that enthusiasm will wane in the months before the election.

Support the show and unlock sponsor-free listening with a subscription to The NPR Politics Podcast Plus. Learn more at plus.npr.org/politics

As The Supreme Court Ends Its Term, The Christian Nationalist Right Keeps Winning

NATO Expansion To Move Ahead Despite Russia's War In Ukraine

Trump Tried To Join Attack On Capitol; Our Interview With VP Harris On End Of Roe 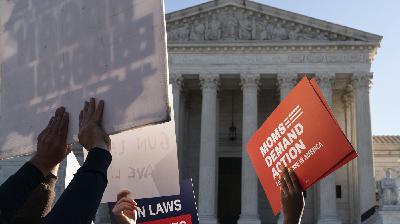 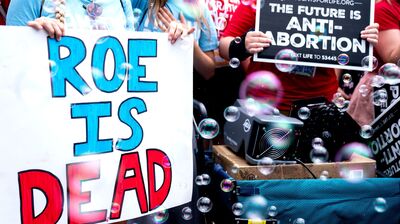 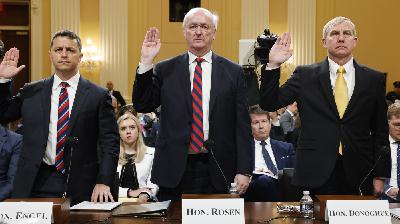 How To Make The Public Safer? It's A Lot Harder Than Just Hiring More Police

"Illegal and Unconstitutional:" What We Learned From The Third Jan. 6 Hearing

'Trump Summoned The Mob': What To Know About The First Jan. 6 Hearing

Many Trump Picks Did Well Running For Open Seats, But Struggled Against Incumbents

Democratic Backsliding Rocks The Summit Of The Americas Before It Begins