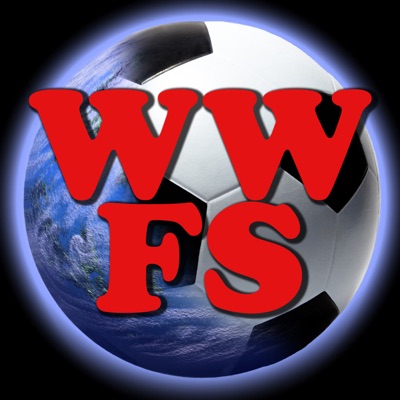 Women's World Football Show is dedicated to delivering the latest news and information on women's football from every corner of the world. Many of the most popular soccer players, coaches and influencers discuss their lives, passions and football journeys.
192 Episodes
Reverse

Women's World Football Show, Episode 185 features an exclusive interview with UCLA defender Lucy Parker; with soundbites from Canada Women's National Team midfielder Sophie Schmidt and Houston Dash defender Megan OysterOne of the most exciting collegiate players in the game today, UCLA’s Lucy Parker joins us at a very pivotal moment in her career. Entering her final season with UCLA, Lucy is gearing up for her entry into the pro ranks when she joins Kansas City in the NWSL in the summer.Former UCLA defender and NCAA National Champion Megan Oyster and former University of Portland standout Sophie Schmidt bring us back to their college days and the experiences that shaped them on and off the pitch. The Houston Dash stars also give their advice for the young players transitioning into the professional leagues.

Women's World Football Show, Episode 184 features soundbites from US Women’s National Team Players Megan Rapinoe, Carli Lloyd and Catarina Macario. USWNT PlayersThe US Women's National Team is preparing for a busy year with the SheBelieves Tournament in February and a full slate of NWSL matches in the year ahead. The team got together for two friendlies against Colombia and conducted a few virtual press conferences.In this episode, we hear from Megan Rapinoe in one of the more entertaining pressers - as she shares her thoughts on the political climate in the USA, the evolution of the National Anthem protest, her hopes for players who do not kneel, and much more! (11')We also hear from a re-energized Carli Lloyd discuss her mental and physical fitness after a long layoff, reuniting with her family, her thoughts on why she chooses not to kneel during the anthem, and more. (48')There's a star in the making on the USWNT, and her name is Catarina Macario! We listen in as the young striker tells us why she decided to leave Stanford a year early to pursue her professional career in France, what it means to be a new American at this time, how it feels to play with her childhood heroes, and so much more! (58')Plus, we take a look at the upcoming calendar for the NWSL season; Managerial changes for a few international teams; FA Women's Continental League Cup scores, and more!

Women's World Football Show, Episode 183 features an exclusive interview with Racing Louisville FC Manager Christy HollyIt's the first show of 2021! The year got off to a rough start, but there are brighter days ahead! The NWSL has a new team in Racing Louisville FC and a new head coach with friend-of-the-show Christy Holly!A native of Derry, Northern Ireland, Christy Holly played college football at John Moores University in Liverpool, where he earned a Masters degree in sports psychology and a bachelors degree in sports science. After playing in the Irish Premier League, Christy discovered coaching and found himself coaching women's football in New Jersey.The former Sky Blue FC Head Coach is back in the NWSL with Louisville FC. Join us as we hear how the coach rediscovered his love of the game, how his coaching style is evolving, balancing family life with being a professional coach, and more! Plus, Christy shares his thoughts and insights on the growth of the women's game in Ireland! (16')Episode Links:Listen to Christy Holly on Episode 75 from 2016 - https://wwfshow.com/2016/06/13/christy-holly/Follow Christy on Twitter @christyehollyListen to Christy on the Boot Room Podcast - https://podcasts.apple.com/us/podcast/boot-room-podcast/id1440593514

Women's World Football Show, Episode 182 features an exclusive interview with ATA Football Co-Founder and General Manager Esmeralda Negron.It's the last show of 2020! Some of our usual seasonal traditions may look a little different this year, so we're bringing a little joy with Episode 182, featuring an inspirational interview with ATA Co-Founder Esmeralda Negron!About Esmeralda NegronAfter a lifetime of playing and coaching, Esmeralda Negron recognized the problem of finding and watching women's football and decided to do something about it. The former Princeton All-American helped found ATA Football, free access to live and on-demand women's football matches as well as replays, highlights,and other premium content.On this episode we sit down with Esmeralda to talk about her football journey from Princeton to broadcasting executive. What inspired the idea to create a women's football media company and what does it take to partner with some of the biggest names in sports broadcasting? Plus, Es shares how playing soccer has given her the skills to survive and thrive in the corporate arena. It's the interview every little girl who dreams of working in football should listen to! (12')Visit ATA Football at ATAFootball.com