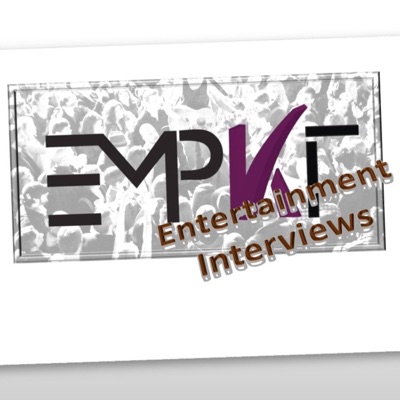 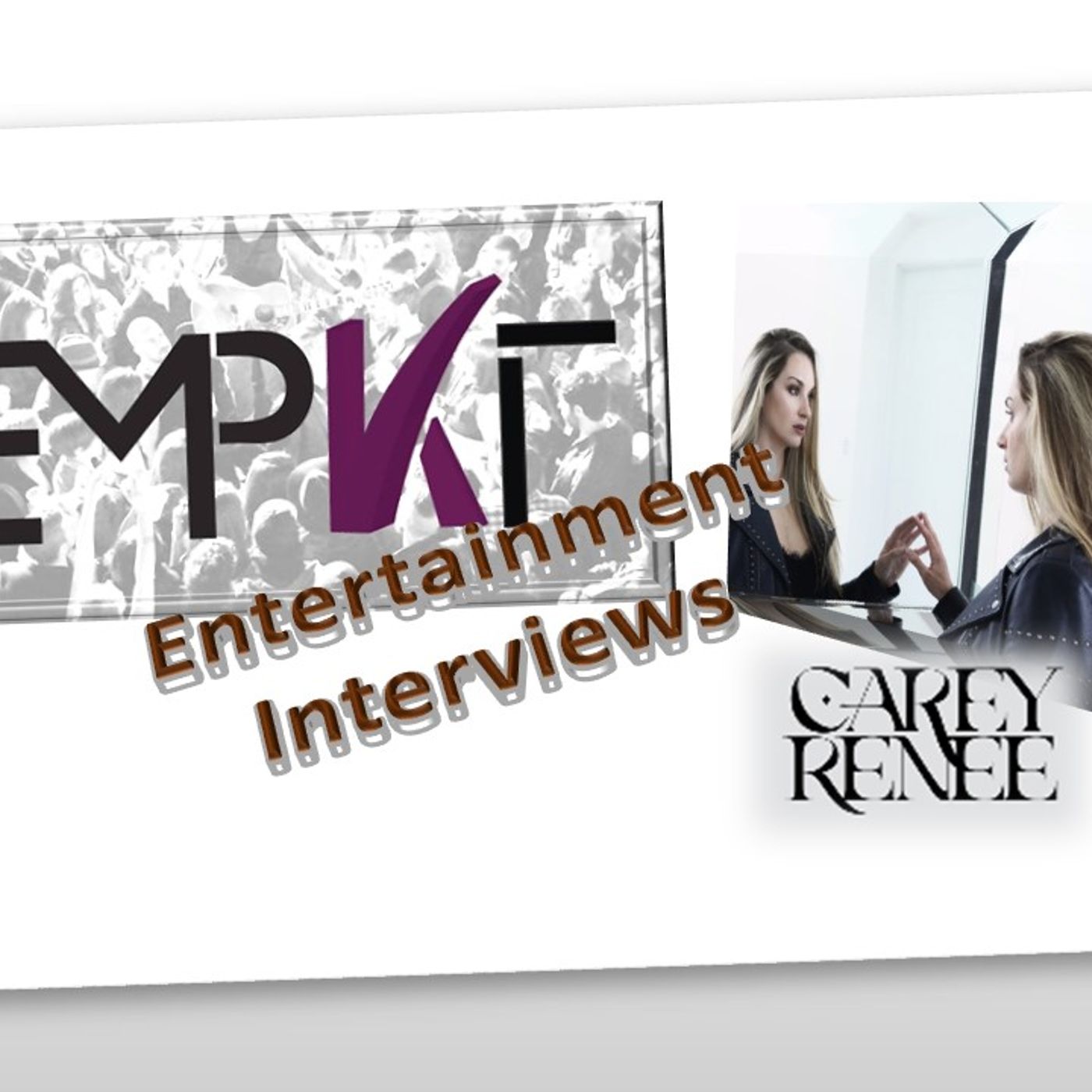 All podcasts are designed to assist and aid listeners to meet their challenges in life. We are here to support each other...https://www.careyrenee.com/After spending her childhood steeped in music, beginning with formal violin training at the age of three, Carey turned down a scholarship to study violin and vocal performance to instead pursue her desire to work in pediatric healthcare. As a daughter, wife, mother, and independent woman she made the decision to retire and return to her love of vocal performance including writing, collaborating and, pursuing her talent. Carey talks of teamwork and how she loves being part of the circle.Her new release comes out so let us support her new single "House is Burning" 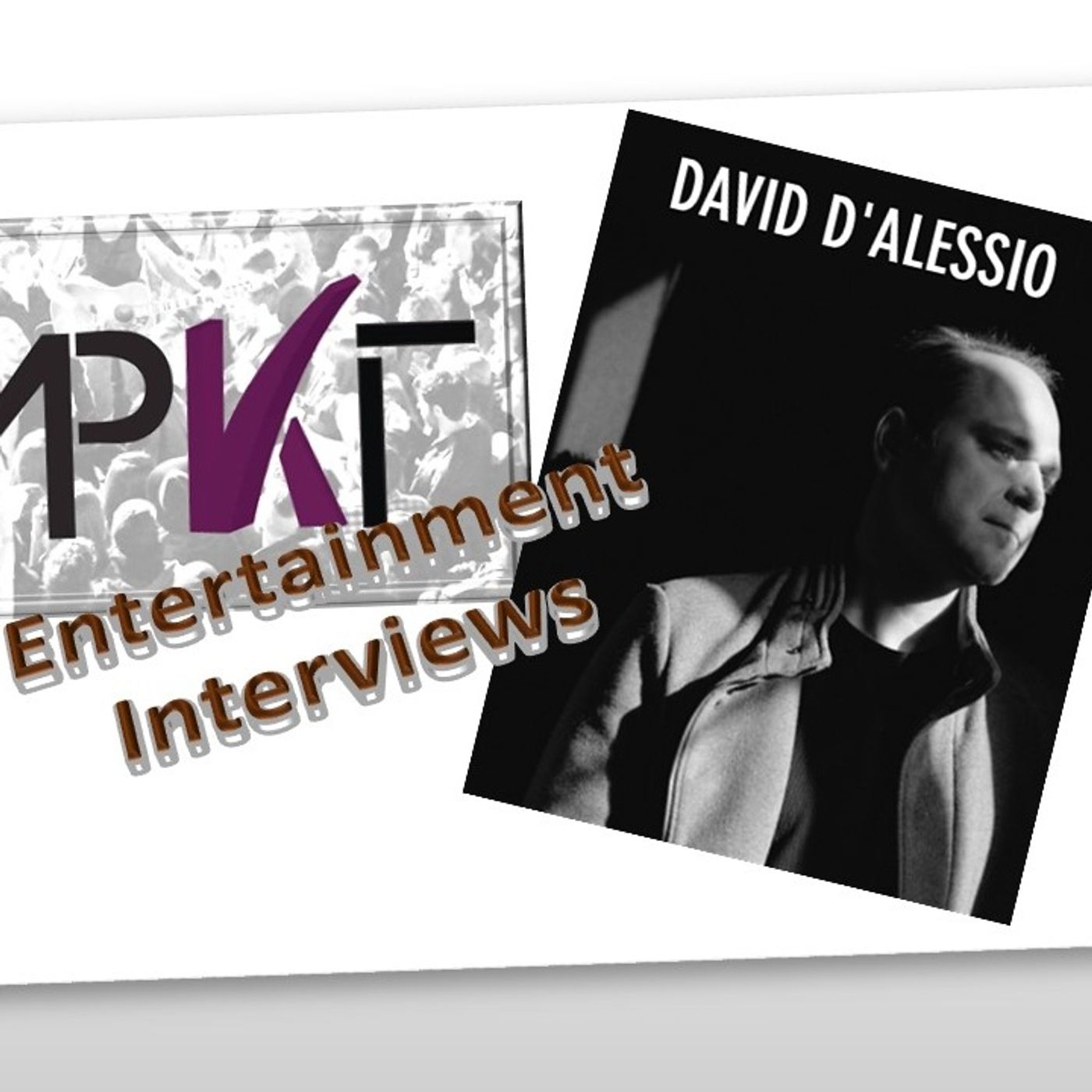 All podcasts are designed to assist and aid listeners to meet their challenges in life. We are here to support each other...When you impressed with someone even before you meet them it may be the vibes they emit through their talent - and that is David D'Alessio. Please check out his music after you listen to this podcast - he not only writes and produces for himself but he shares his talents with other performs as well https://www.daviddalessio.com/.(New York, NY ) Nobel Prize winner and famed poet T. S. Eliot once said “Only those who will risk going too far can possibly find out how far it is possible to go.” NYC-based acoustic singer-songwriter, David D’Alessio, echoes the same risk-taking sentiments in his upcoming single “Throw Yourself in Front of It.” The first release from his upcoming EP This Far Apart, the motivational ballad challenges us to embrace everything that life throws our way and to chase our dreams. Produced by the late Grammy-nominated Edward “Felix” McTeigue, David D’Alessio rolls out “Throw Yourself In Front of It” on all digital platforms as of Friday, March 5, 2021. 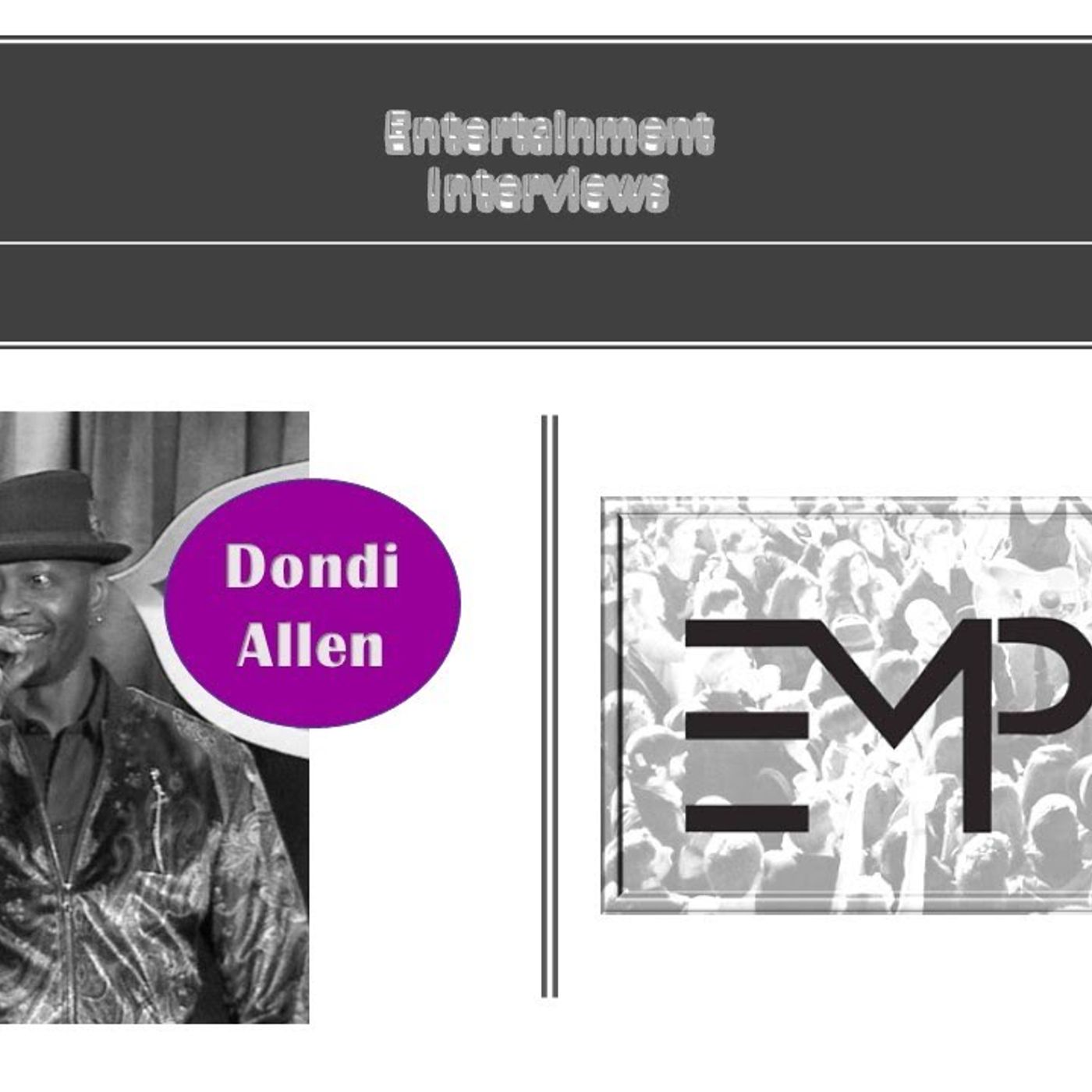 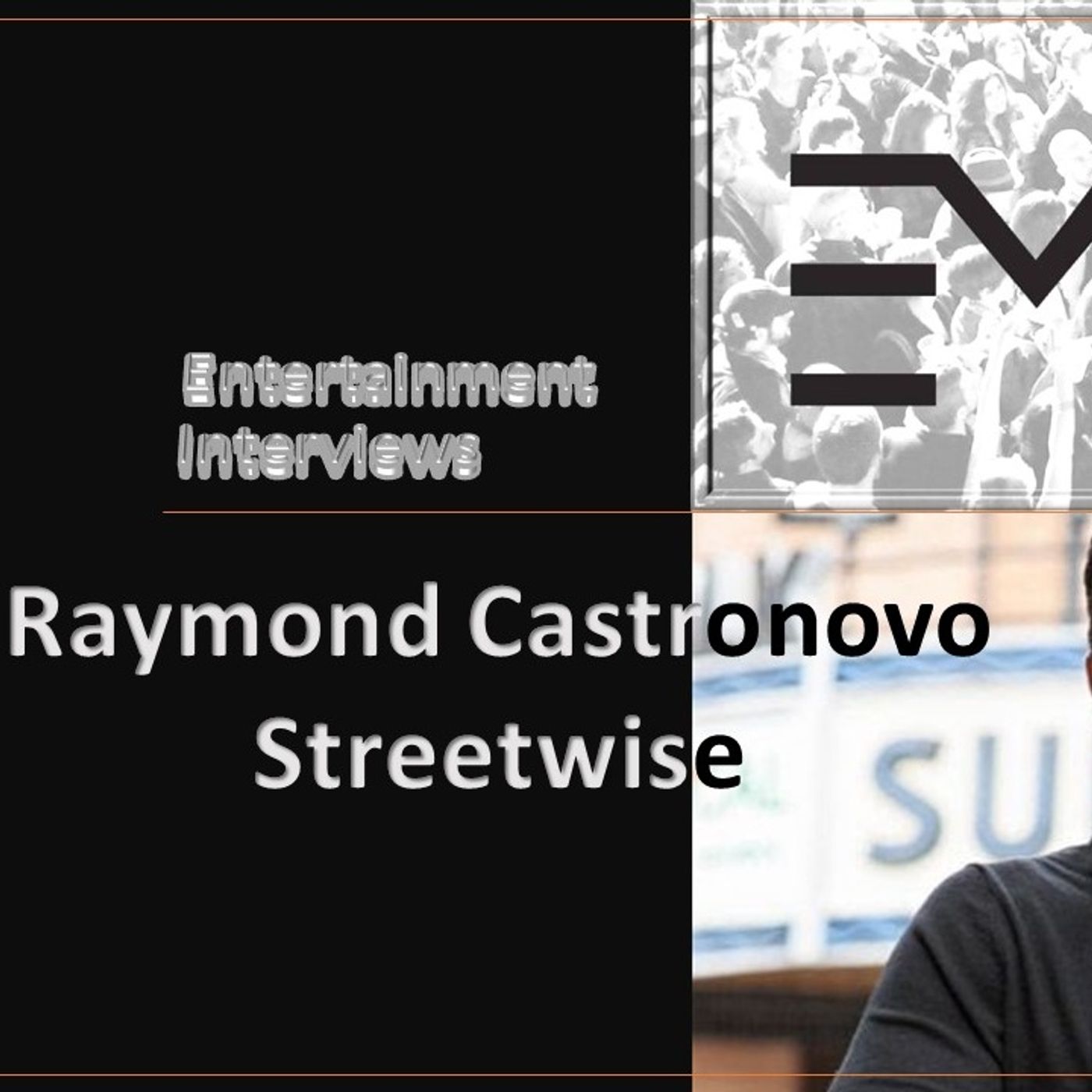 Raymond Castronovo_Streetwise_brought to you by EMPKT PR_4_22_21

All podcasts are designed to assist and aid listeners to meet their challenges in life. We are here to support each other...Raymond Castronovo is a longtime musician who put his career on hold to take care of his family. However, he never stopped playing, writing, and enjoying his passion for music. Now 30 years later, he's getting his music career back on track and set to release his debut album. "A Better Place," from his new album, Crossing Bridges, will be out on 4/23/21.https://www.streetwiseny.com/https://www.facebook.com/Streetwise.band/https://www.instagram.com/streetwisenyc/ 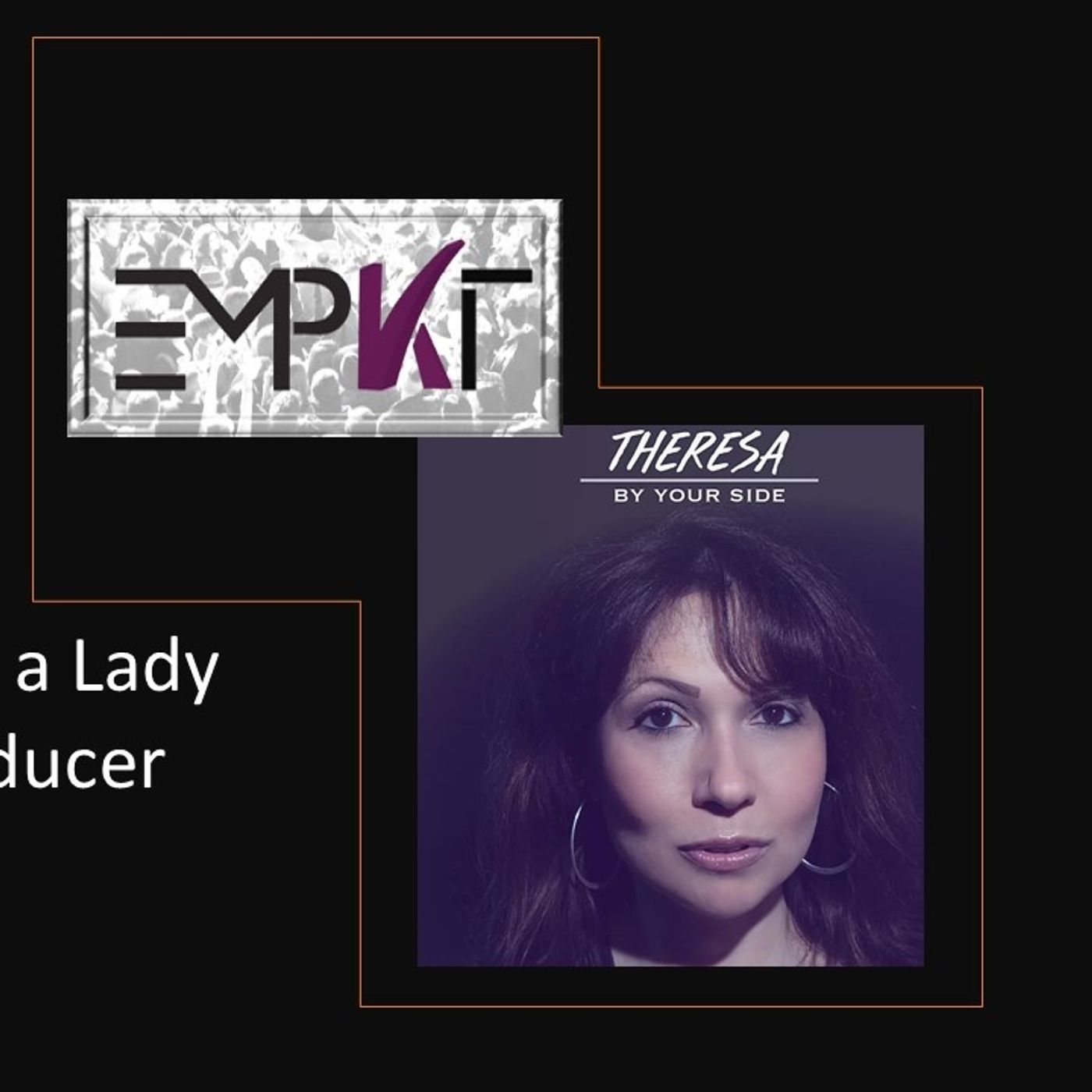 All podcasts are designed to assist and aid listeners to meet their challenges in life. We are here to support each other...I call her Theresa https://www.theresamusicofficial.com/ or https://www.facebook.com/theresamusicofficial or Theresa@theresamusicofficial · Musician/BandFrom the first word, I felt as if Theresa and I were sisters, cousins, or BFFs. She is an amazing young woman and I feel honored to have done this podcast with her.She is an advertising music executive and performer.Theresa is an up-and-coming artist in the modern pop scene, at 40 years old, Theresa is following her dreams of sharing her story with the world - one song at a time.The Long Island native dreamt of pop stardom as a youngster and began writing original songs at the age of eleven. Then life got complicated and her dreams had to be put on hold. Theresa re-focused her music career to work behind the scenes, taking roles at Jive Records and with Sheryl Crow’s management company.But, last year, Theresa decided to once again chase her girlhood dreams and reignited her career as an artist. Taking cues from the ’80s and ’90s, Theresa draws influence from artists like Blondie, Madonna, Duran Duran, Mariah Carey, and Lady Gaga. Theresa wants to remind us all that our dreams do not expire.Listen, share, and enjoy her backstory as well as her music. 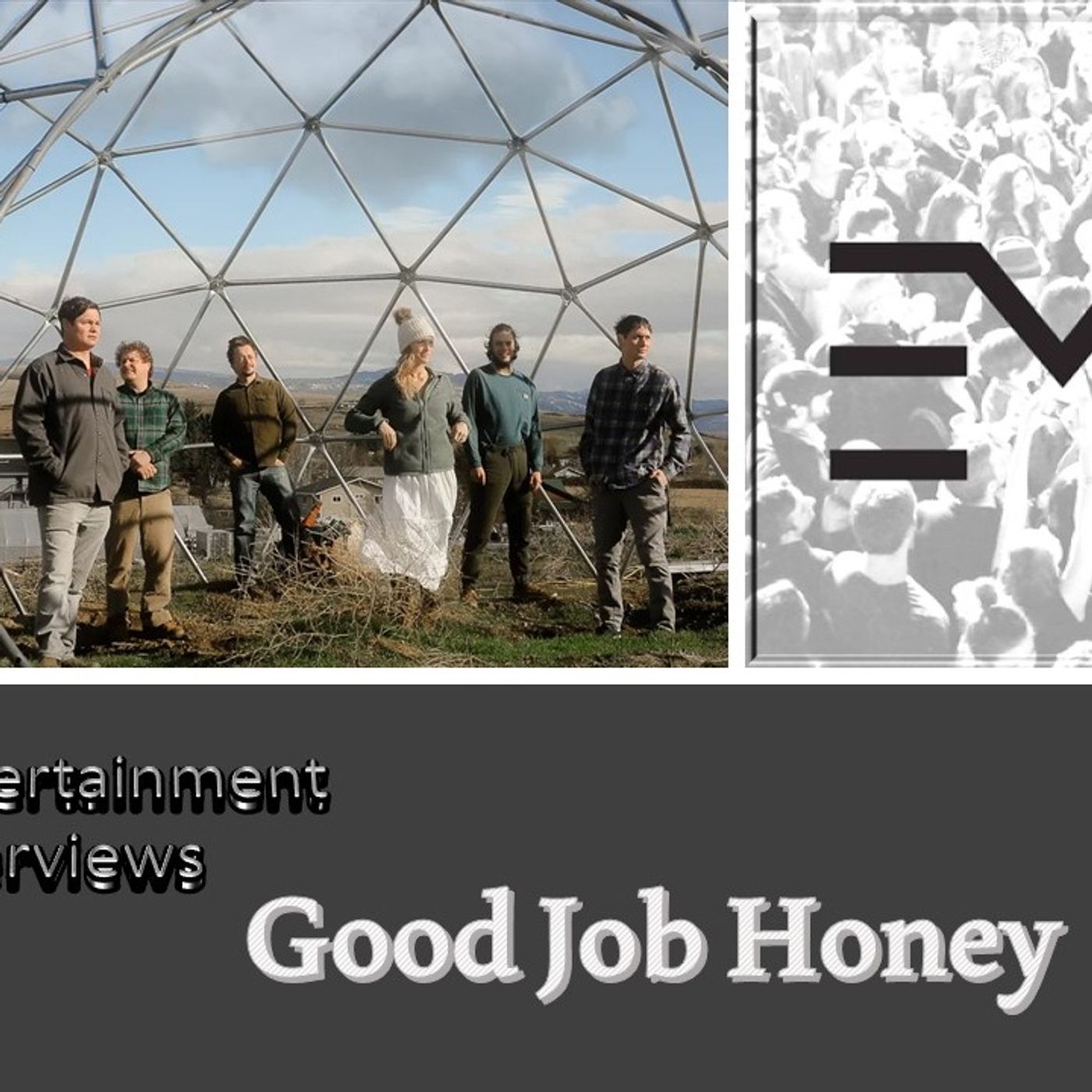 All podcasts are designed to assist and aid listeners to meet their challenges in life. We are here to support each other...With April, Sean & AustinAmericana-Indie family band Good Job Honey. Based out of the creative community of Ashland Oregon, Good Job Honey engages the crowd with their eclectic humorous take on folk-style music. Known in the Pacific Northwest for their lively, energetic, and engaging performances, Good Job Honey plans to take their brand of passion and positivity to a global scale.On April 20th, the spirited Good Job Honey will release their debut single "Lazy Lovin"https://www.goodjobhoney.com/https://www.facebook.com/goodjobhoney/ 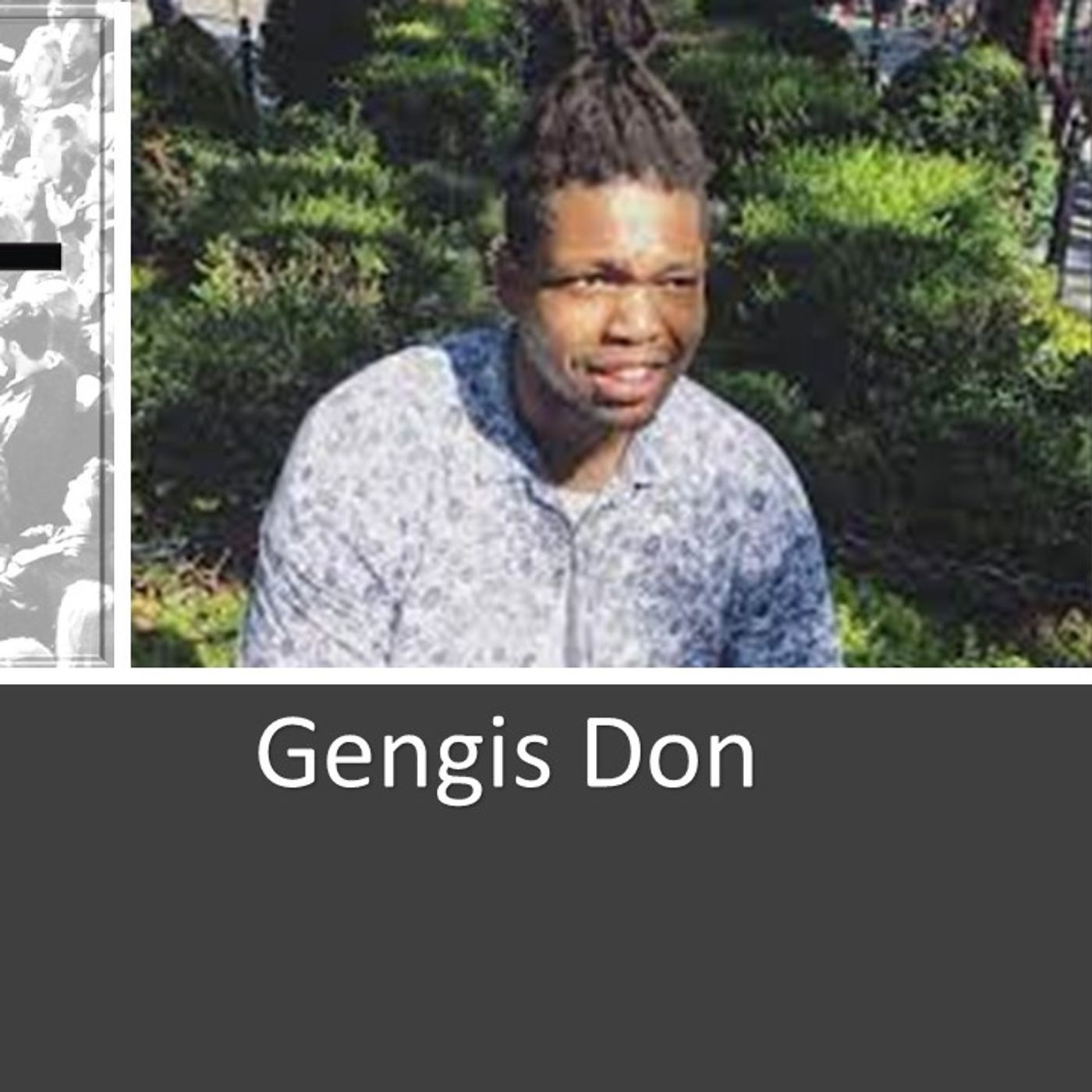 All podcasts are designed to assist and aid listeners to meet their challenges in life. We are here to support each other...Gengis Don is currently finishing up his new album entitled Sweet Pea. The premise of it is Mental Health awareness in the black community and various kinds of mental health illnesses. All the proceeds will go to the Boris L. Henson foundation to help increase funding for mental health resources in black communities.His first single "Power" is set to be released on 4/23Please support this artist and the Black Community 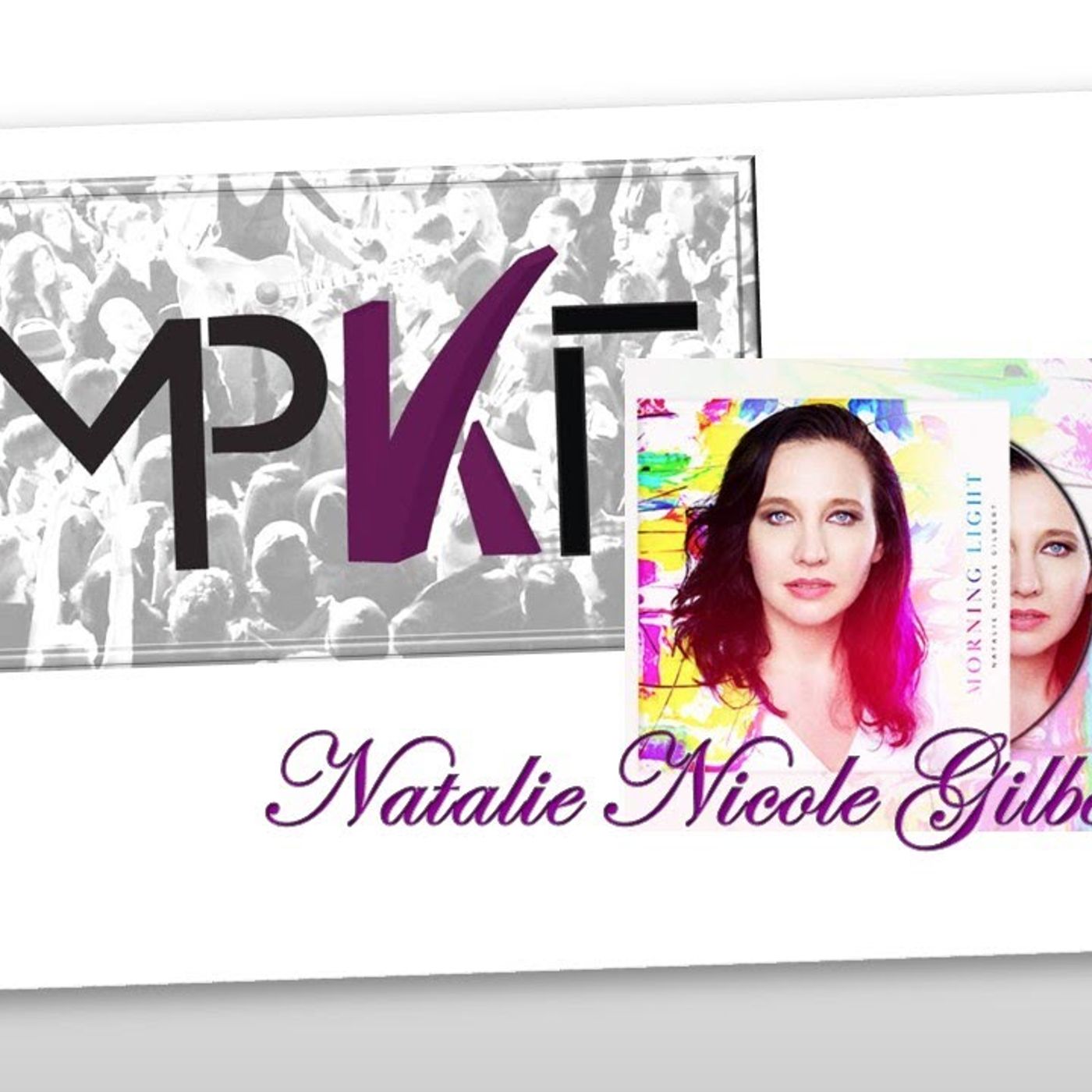 All podcasts are designed to assist and aid listeners to meet their challenges in life. We are here to support each other...Natalie Nicole Gilbert. She's an award-winning LA-based LGBTQ singer, songwriter, and producer who's released over a dozen albums across different genres. Her voice has also been heard in several national TV commercials for McDonald's, Cadillac, Quiznos, and other major brands.Natalie just released a new winter-themed album, Warm Winter. It's an album for all ages and tastes -- from soft rock, RnB, jazz, and traditional holiday music. However, it's not just a holiday album, as she has a few tracks that are for any time of the year, including her recently released single "Landslide," which is her unique take on the Fleetwood Mac hit song.NEW RELEASE Don’t Blink - Out February 25, 2021 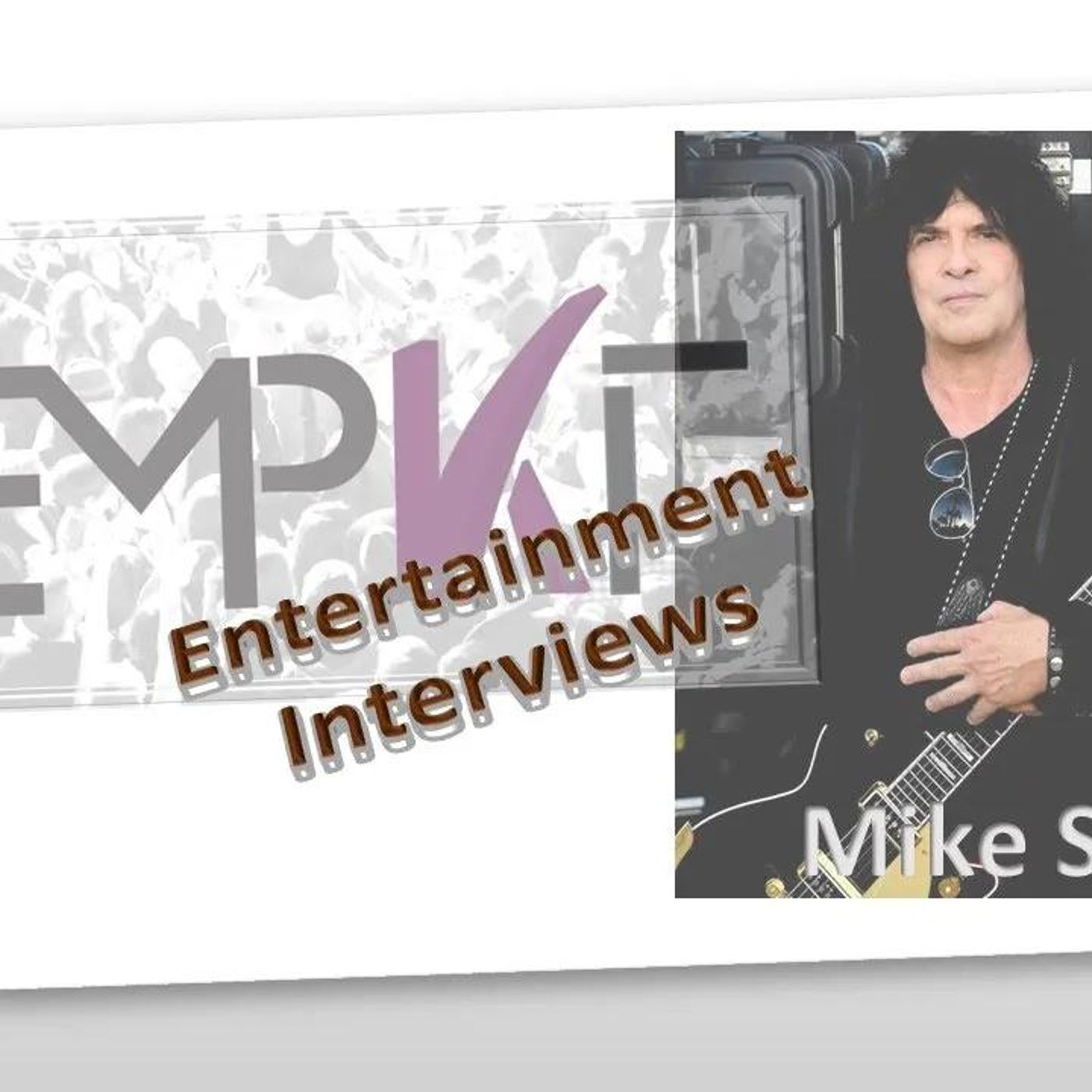 All podcasts are designed to assist and aid listeners to meet their challenges in life. We are here to support each other...Mike Skill, guitarist and founding member of The Romantics. Mike wrote or co-wrote many of the band's signature hits, including "What I Like About You" and "Talking in Your Sleep."During the pandemic, Mike has recorded and released a few solo rock singles, including his latest, "We Got Your Rock'n Roll". Listen on Spotify or Soundcloud.The track will be on Skill's upcoming EP that he's releasing in early 2021. Also check out his previous release solo tracks, also on the EP:"'67 Riot""My Bad Pretty" 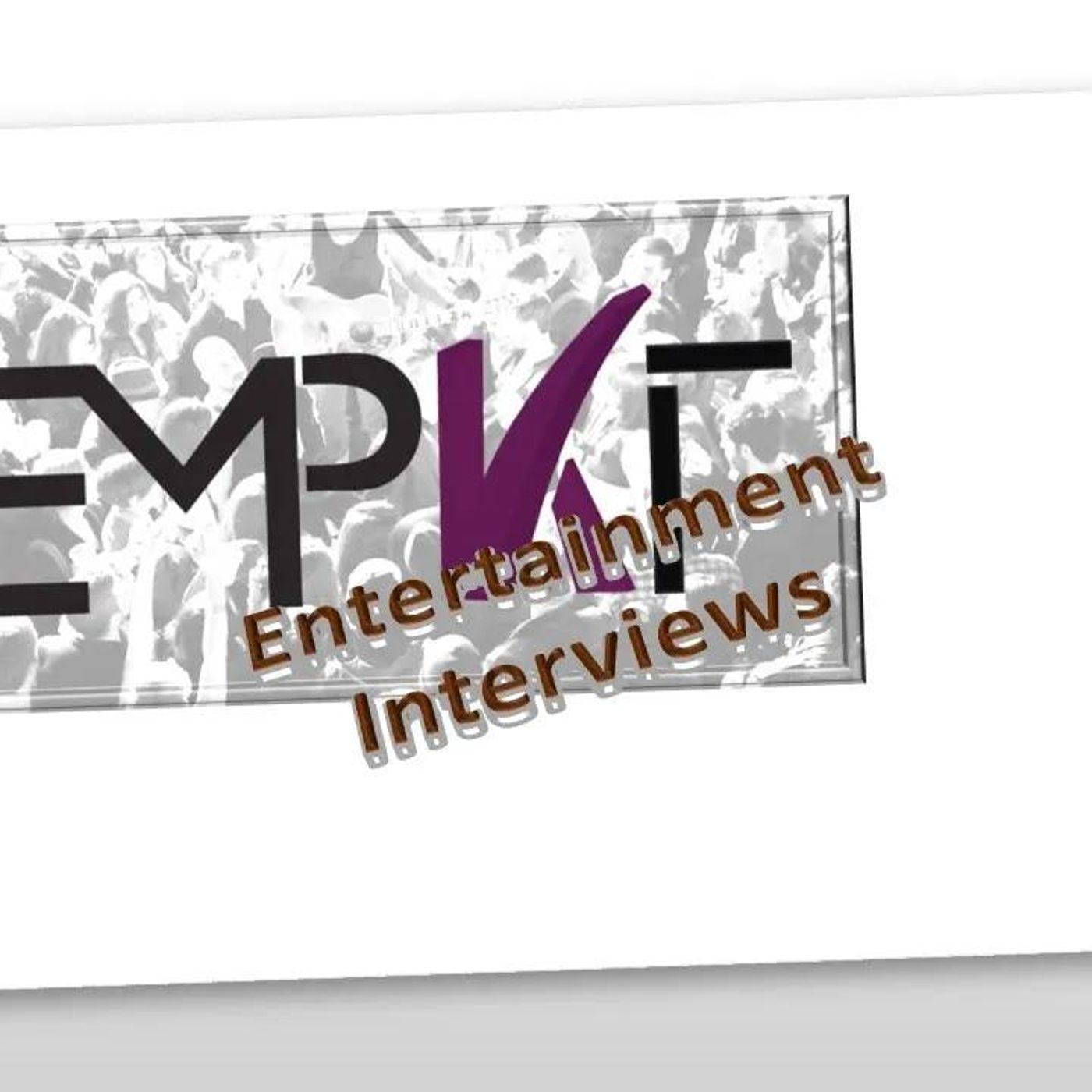 AAll podcasts are designed to assist and aid listeners to meet their challenges in life. We are here to support each other...Today. 1_15_21 Mary Alouette is releasing Cuba Diaries, (Alouette wrote three songs and hired a six-piece Cuban jazz band to record at the studio of multiple Latin Grammy Award-winning singer Pablo Milanés)Today we discuss her music as well as https://www.setyourlifetomusic.com/ - check out all this beautiful and talented individual has to offer YOU!https://www.alarke.comsetyourlifetomusic.com https://alarke.com/

Talking Music and the Color Blue with Alyssa Jacey 1_13_21

All podcasts are designed to assist and aid listeners to meet their challenges in life. We are here to support each other...In addition to this podcast check out https://www.youtube.com/watch?v=SHUBF...Born and raised in San Diego, Alyssa Jacey never realized she had musical talent until her mid-20s when a friend encouraged her to sing karaoke. After receiving consistent positive feedback from several different audience members every week for a year, Jacey decided to pursue music at full bore in 2005.Listen to her story and we promise you will fall in love...https://www.facebook.com/AlyssaJaceyM... 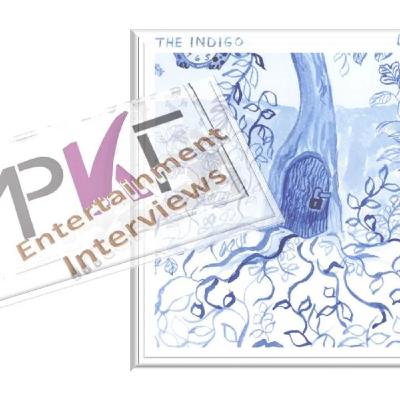 "Out October 15th, The Indigo’s new release, “Dizzy,” is penned from the perspective of a scorned lover, reeling from the aftershocks of a tumultuous affair. Does he let go of what was, or keep reaching for what could be? With the release of their second single, the Nashville-based rock group serenades us as we ride along on the rollercoaster of human emotion. Dream-like vocals contrast against punchy, distorted chords, portraying the potential pain of being hurt again, or the eternal regret of what could have been - if things go well.Influenced by a broad spectrum of musical genres, The Indigo was formed in 2019 by vocal leads Tanner Gray (guitar/piano/vocals) and Colby Wilson (guitar/vocals). Originally an acoustic duo, the childhood friends decided to expand their sound in 2020 with the addition of Gray’s college bandmates- bassist Chase Porter and drummer Zach Corder. The band released their first single, “The Way You Say No,” in September of this year. 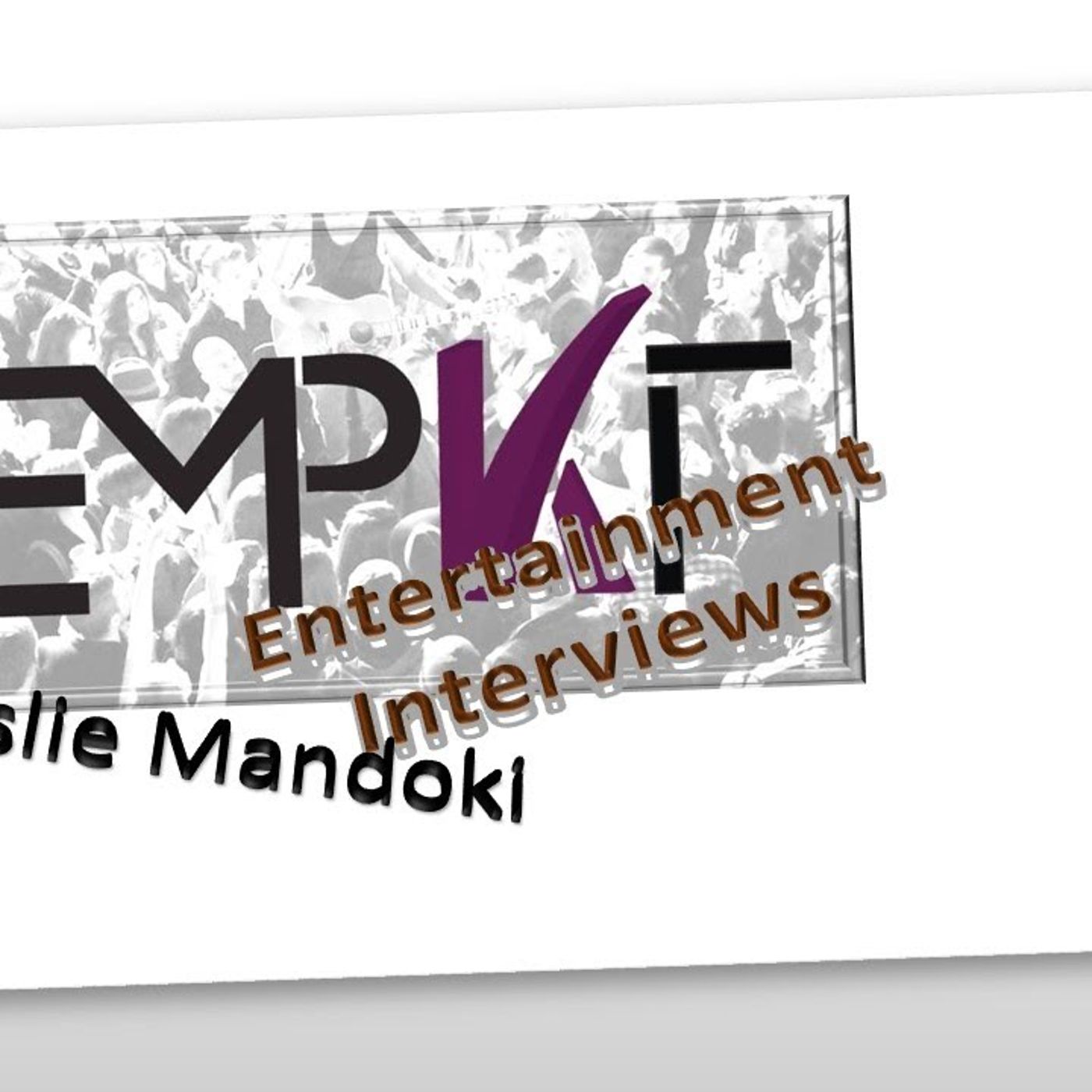 Leslie Mandoki is a famous producer and songwriter in Europe who's worked with some of the top rock, pop, and jazz artists in the industry -- including Phil Collins and Lionel Richie. Since the 90s, he's led the Mandoki Soulmates, a supergroup of legendary vocalists and instrumentalists from Toto, Supertramp, Cutting Crew, Manfred Mann, Emerson Lake & Palmer, and other major acts. Members also include major soul and jazz artists, such as Chaka Khan, Randy Brecker, Till Bronner, Richard Bona, Mike Stern, and members of the Miles Davis Band. The supergroup recently released its epic double-album, Living in the Gap / Hungarian Pictures, that has an eclectic mix of soul, jazz, and prog-rock elements, with inspiring lyrics about unity and freedom. They're currently getting awesome reviews and spinning on 70 US radio stations and growing. They are also planning to tour the US in late 2021

Today I had the opportunity to speak with Jenny Bruce, a talented songwriter, musician as well as a working mom, wife, and graduate student. On October 30, she will be releasing Ghoste (yes the "e" belongs there) I encourage you to add Jenny Bruce to your music list! https://www.ghostenyc.com/ 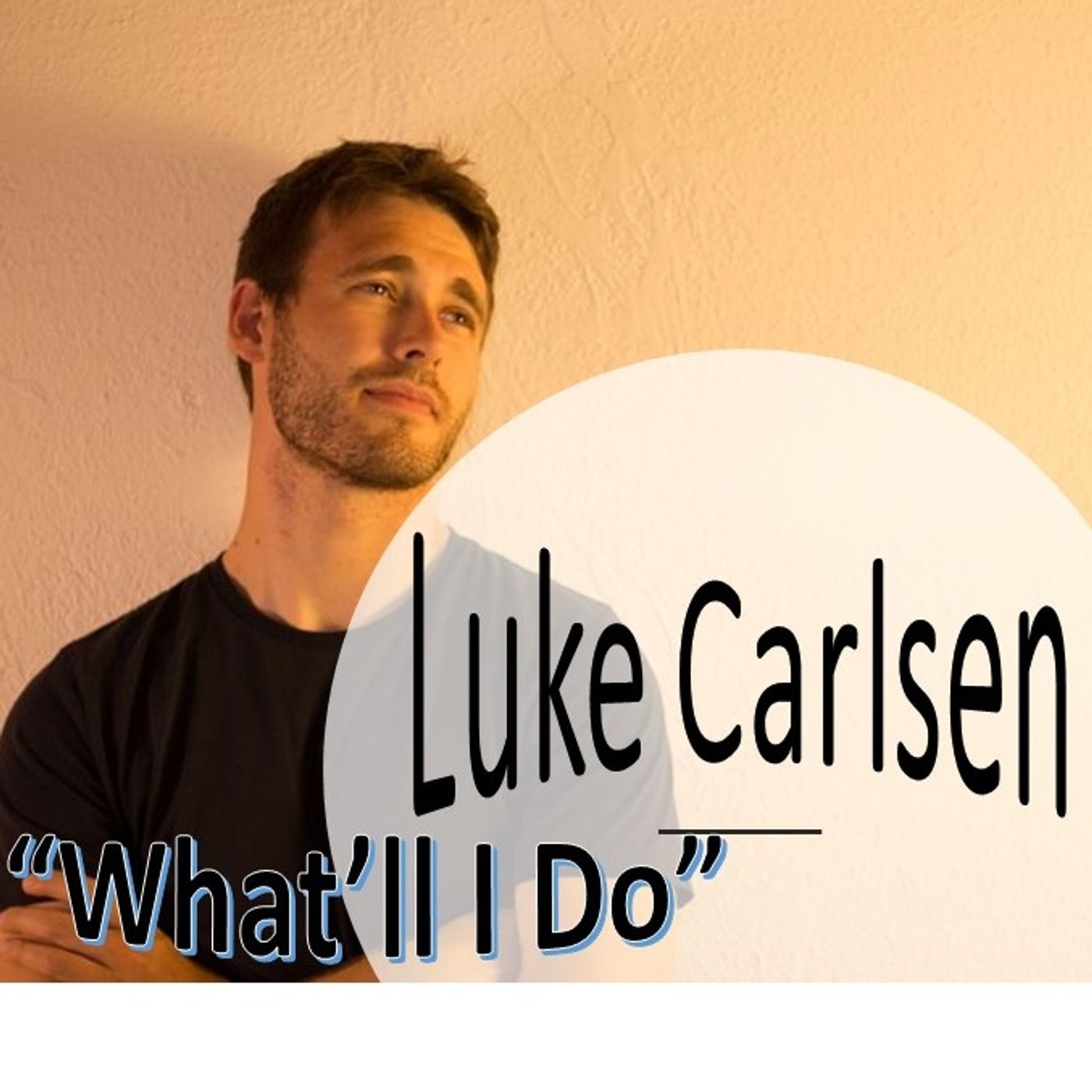 Luke Carlsen. A musician, artist, based in the LA area. He's known as the "Millennial crooner" who sings more jazz and swing standards as well as American Songbook classics. He's performed at major jazz venues throughout LA and held a residency with his 12-piece band at the Disneyland Resort. He was also featured on the new HBO series, Perry Mason, on the premiere episode last June. October 16th he is releasing "What'll I Do" (Irving Berlin cover). We hope to share his November release as well. 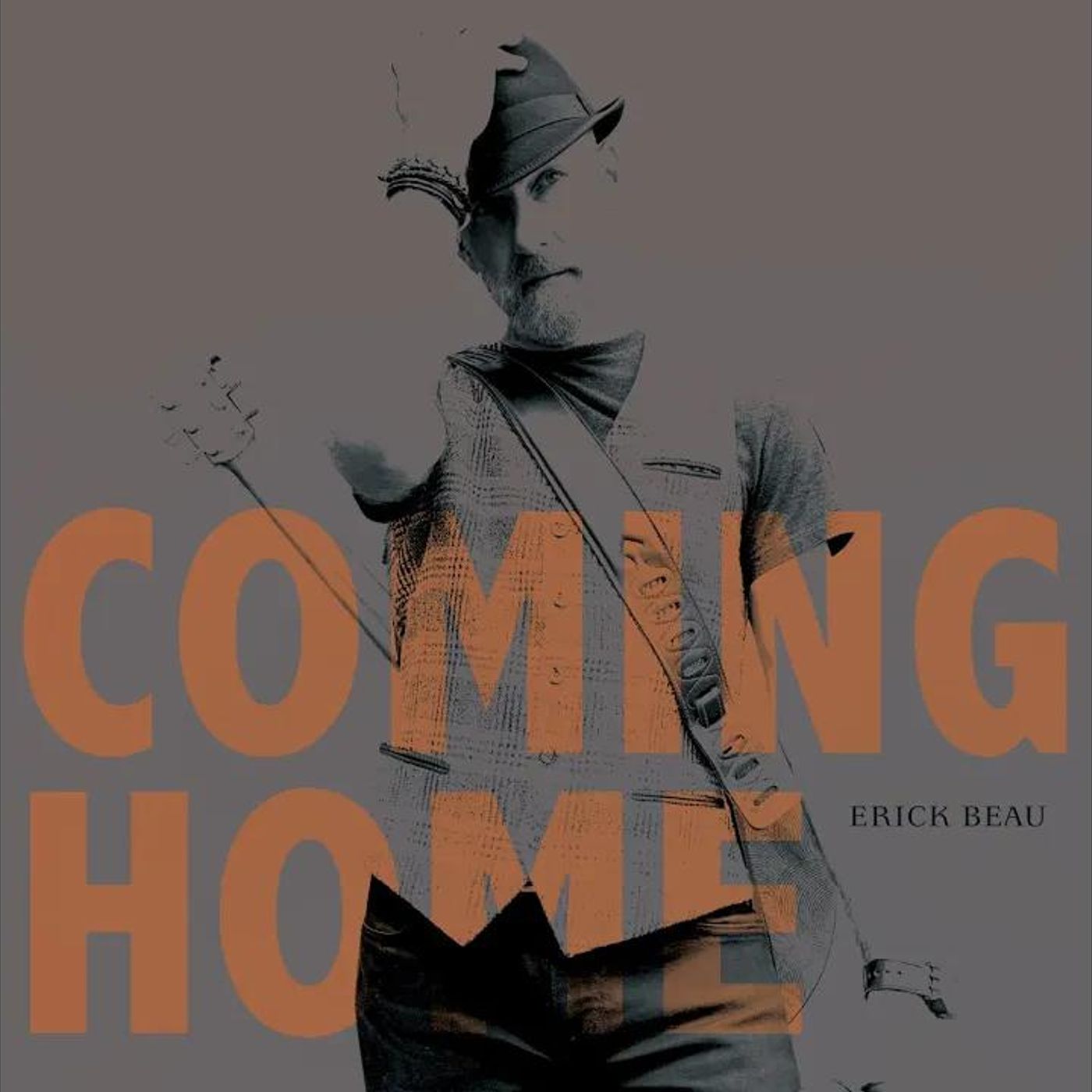 https://erickbeau.com/"They say it’s never too late to come home. Montreal artist Erick Beau knows this very well. After a successful 30-year career in law, Beau comes home to his true passion: music. He teams up with Montreal producer Michael Benjoar, to co-produce his debut album, What it Takes, coming out in May 2021. Beau will release “Coming Home”, his first single from the album, on September 25, 2020." Thank you EMPKT for sharing this talent with our listeners 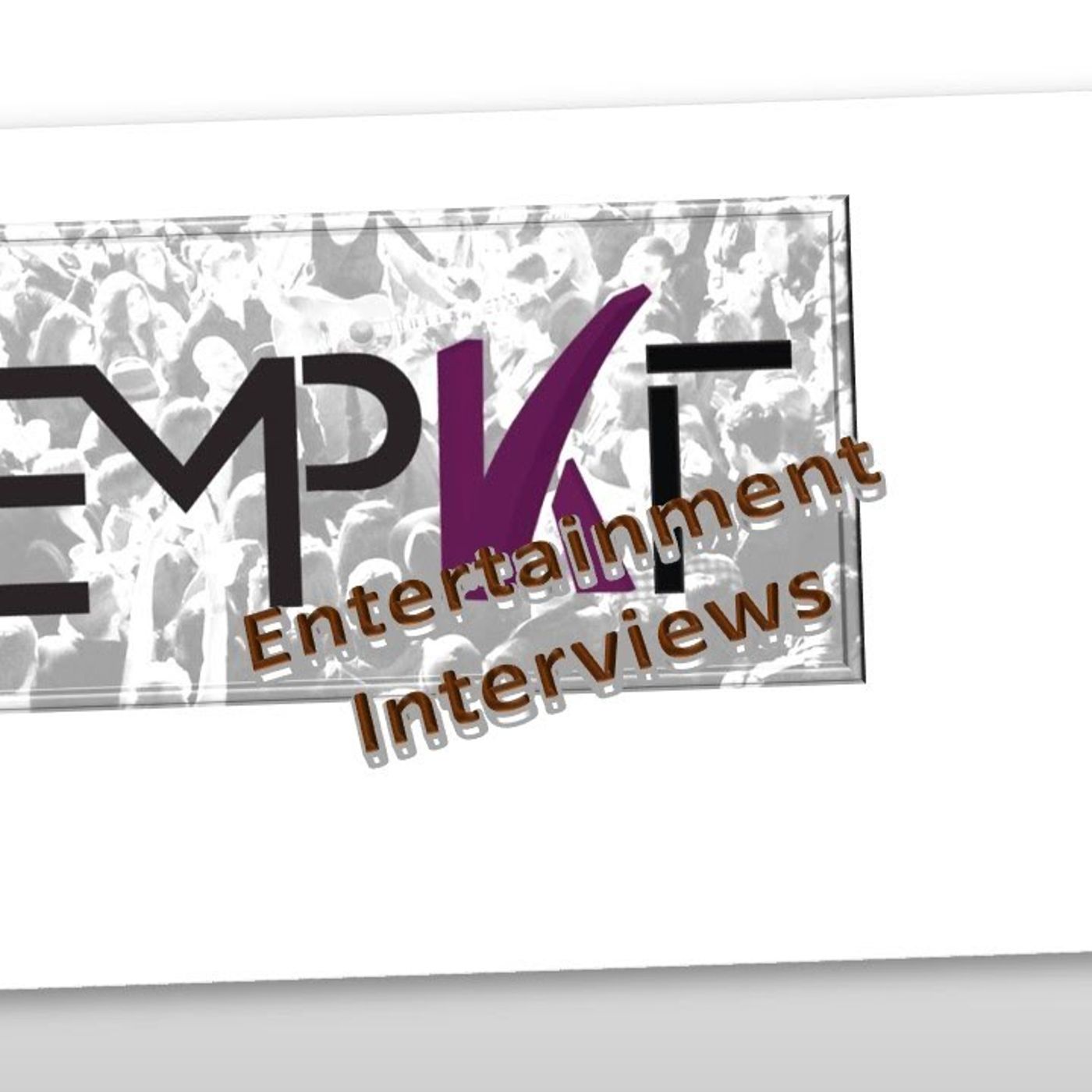 A Conversation with Nalini Tranquim 9_10_20

Nalini Tranquim is now my very special friend. I was lucky enough to meet her through this podcast and I am blessed. Please check out her website and be prepared for her newest release coming out on September 18, 2020. Who said 2020 doesn't have a shining star? Nalini is the Shine for our Universe. KMHhttps://nalinitranquim.com/ 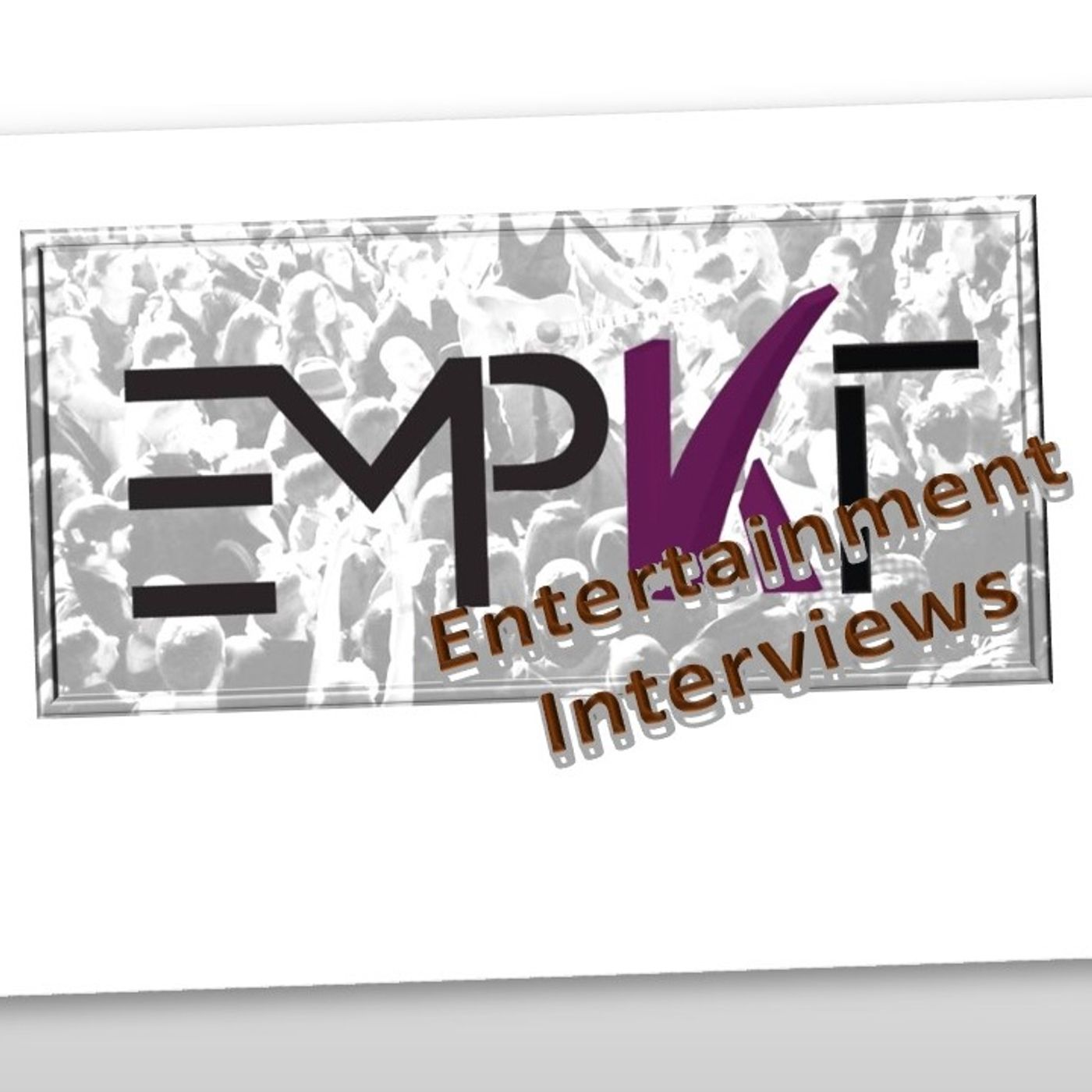 ": Longboat releases his new single “Safe at Home”. This song was originally intended as a gentle plea to escape the eternal rat-race but has since emerged as an oddly-prophetic sheltering anthem. It urges us to appreciate those around us and use this time to better ourselves. Although the days are calm and the nights are quiet, there is tension and uncertainty in our lives. This tune might just help us cope. Longboat is a band from Seattle that has released 17 albums since 2011. Its singular permanent member, Igor Keller, began writing pop music in order to “finally hear some decent music for a change.” Keller is able to assemble components from pop, jazz, classical, country, and blues to create some pretty decent and memorable music. Though languishing in relative obscurity has been really nice, Igor thought it would be a good ide "

What would you do if your life flashed before your eyes? For composer Kevin Keller, the answer came in the form of a new album called “The Front Porch of Heaven,” releasing September 18, 2020. Inspired by Keller’s recent heart surgery, which included being on life support while having his heart deliberately stopped during the operation, the music is unflinchingly personal, expressing both the intensity of the experience and the relief of having survived it.https://www.kevinkeller.com/
See More
Comments