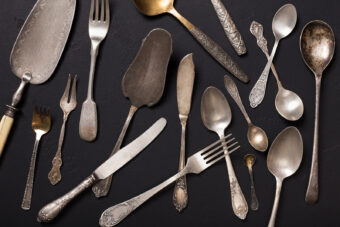 In this episode of The Brain Food Show, we are start out with an appetizer looking at how chopsticks came to be and why they became so popular in certain parts of the world vs things like spoons and forks.

Next up we have a brief message from our sponsor… Ourselves! Go check out our new-ish channel Highlight History, an upcoming re-launch / re-think of Fact Quickie, a new upcoming one in Ancient Marvels,  and Simon’s latest attempt to host all YouTube channels- Side Projects.

Next up, in the main course, we look at who exactly invented the spoon, knife, and fork, how they became popularized and the surprising amount of time it took for two of the three to become a staple of dinner tables the world over.

As for the desert for today, we discuss who actually invented the Fortune Cookie, which pretty much everyone always gets wrong. And, spoiler: no, it wasn’t the Chinese nor Americans.

The post The Fascinating Origins of Everyday Things (Part 4) appeared first on Today I Found Out.

getting yelled - you infidel!! highlight of my day