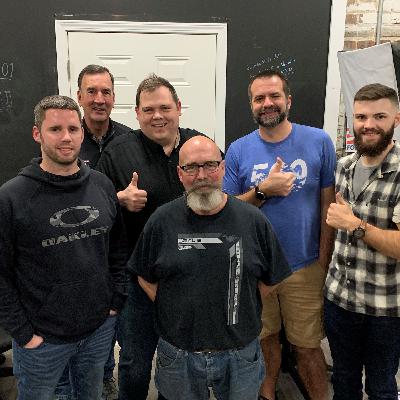 Jeremiah Morrell, Dakota Davis, Zach Burcham, and Mike Broyles are your hosts for the 198th edition of Boss Hog of Liberty, with our featured guest being Kyle Robbins, USAC Silver Crown racer.

Late breaking news: Round three of stimulus bucks are coming. The President says you should check your bank accounts this weekend; you might be wildly wealthy? Some discussion about the dependency that these multiple stimulus checks are going to have on folks, particularly those who will have kids receiving hundreds of dollars a month for the next year.

The big topic tonight is racing! Kyle Robbins is a New Castle native. We track how he went from quarter midgets into Ford Focus Sprints, dirt and pavement sprints, and now into the USAC Silver Crown Series racing against the biggest names in the sport. Working around some of the biggest names in motorsports. Last year he was racing Kyle Larson who won last weekend's NASCAR Cup Series race. Great conversation about how a family racing team gets on the track for the full season!

Our program is community supported on Patreon. Do your part by chipping into the cause by donating monthly at any level at www.patreon.com/bosshogofliberty and receive even more BONUS coverage and content.

Support The Boss Hog of Liberty

211: 194: What is rich? Who SHOULD get stimulus? Morgan Wallen survived Cancel Culture? Celebrating Valentines Day

189: Local Trash and Recycling; They stormed the capitol with selfie sticks

188: Post Christmas: Henry County Goes Red; Where is my 2 grand?

187: Vaccine is here: Christmas Packages are missing: Breastfeeding kids is a whole thing

186: Indiana gets hosed by the Big 10: Open Door issues continue